Endeavor turned the big 1-0 earlier in February and we at Keestone Events planned and coordinated her a fabulous party!

Endeavor is immensely creative and we wanted to highlight that with an art-themed party of 25 girls. She loves the colors blue and green so that was reflected throughout the event. It contrasted perfectly with the venue, Elm Street Studio which is also conveniently enough, an art gallery! 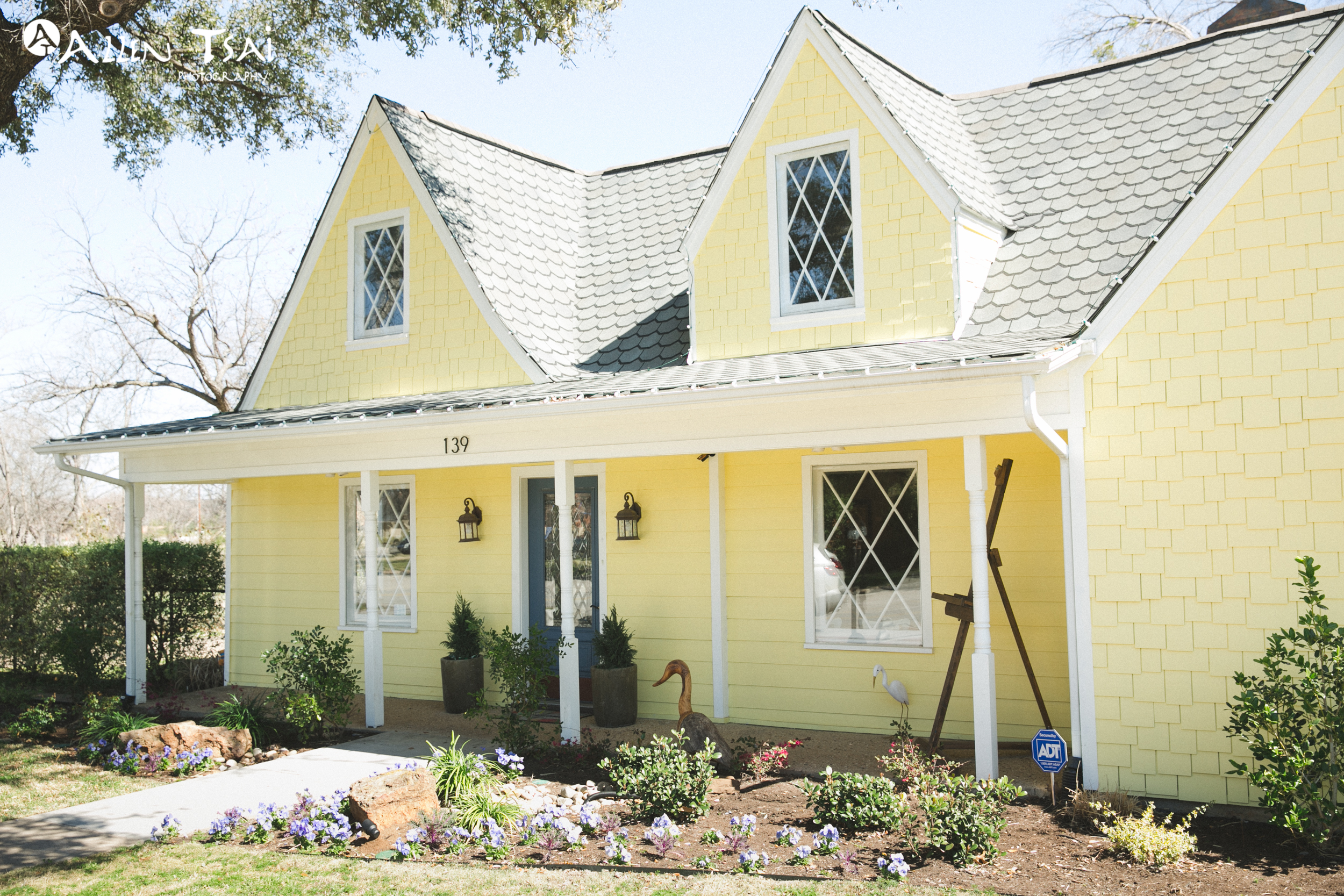 I love how bright and happy the place looks. Perfect for creativity and fun to flourish!

There were three parts to the event:

Firstly, when the girls arrived, all were whisked away to the studio where each painted her own vase (to the Taylor Swift soundtrack in the background). 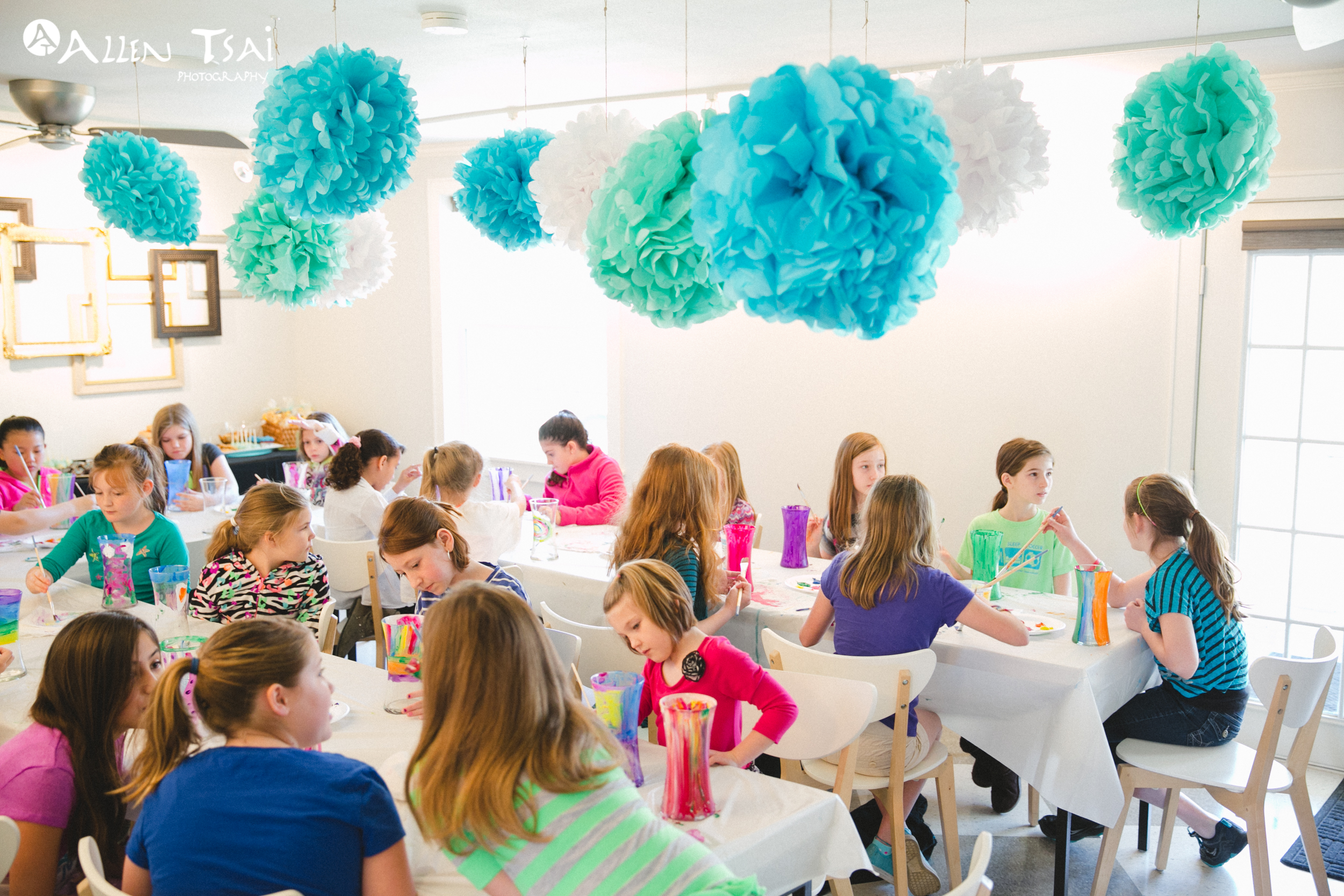 It was a great way to see their personalities reflected on a vase. Some already had a preconceived notion as to how their vases would look and never wavered from their original idea while others got lost in the colors available and ended up mixing them all onto the vase!

When all were finished painting, it was the moment of the big unveiling. You see, the reason this party was thrown in the art studio was because Endeavor was there to showcase her big masterpiece- a very special vase she had painted prior that was worth a fortune. It was hidden under a black cloth to protect it from prying eyes. 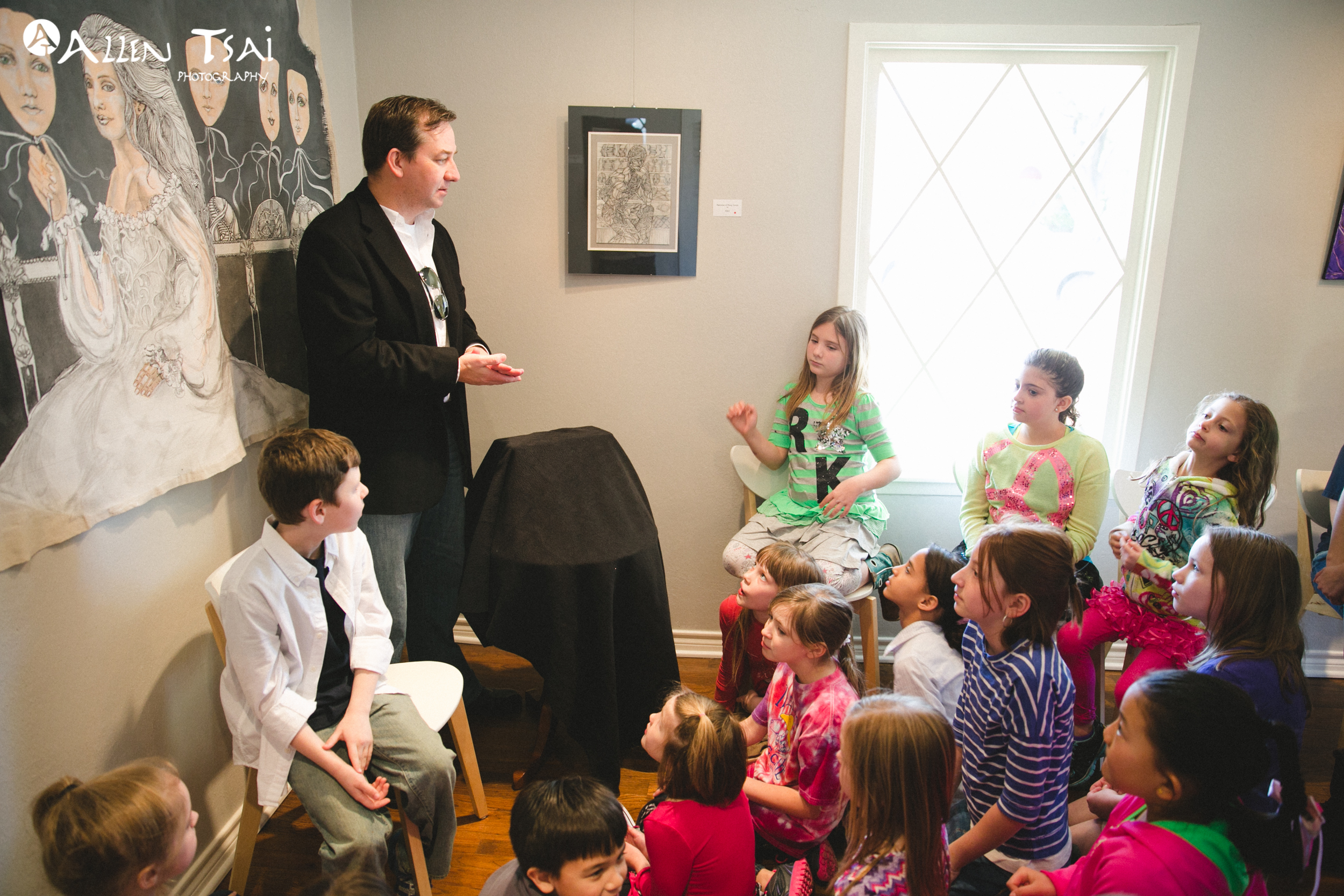 However, when the cloth was lifted, the vase was missing. It had been stolen! Left behind was a box with five sets of clues, to where the girls were then split into five teams for a scavenger/ treasure hunt. 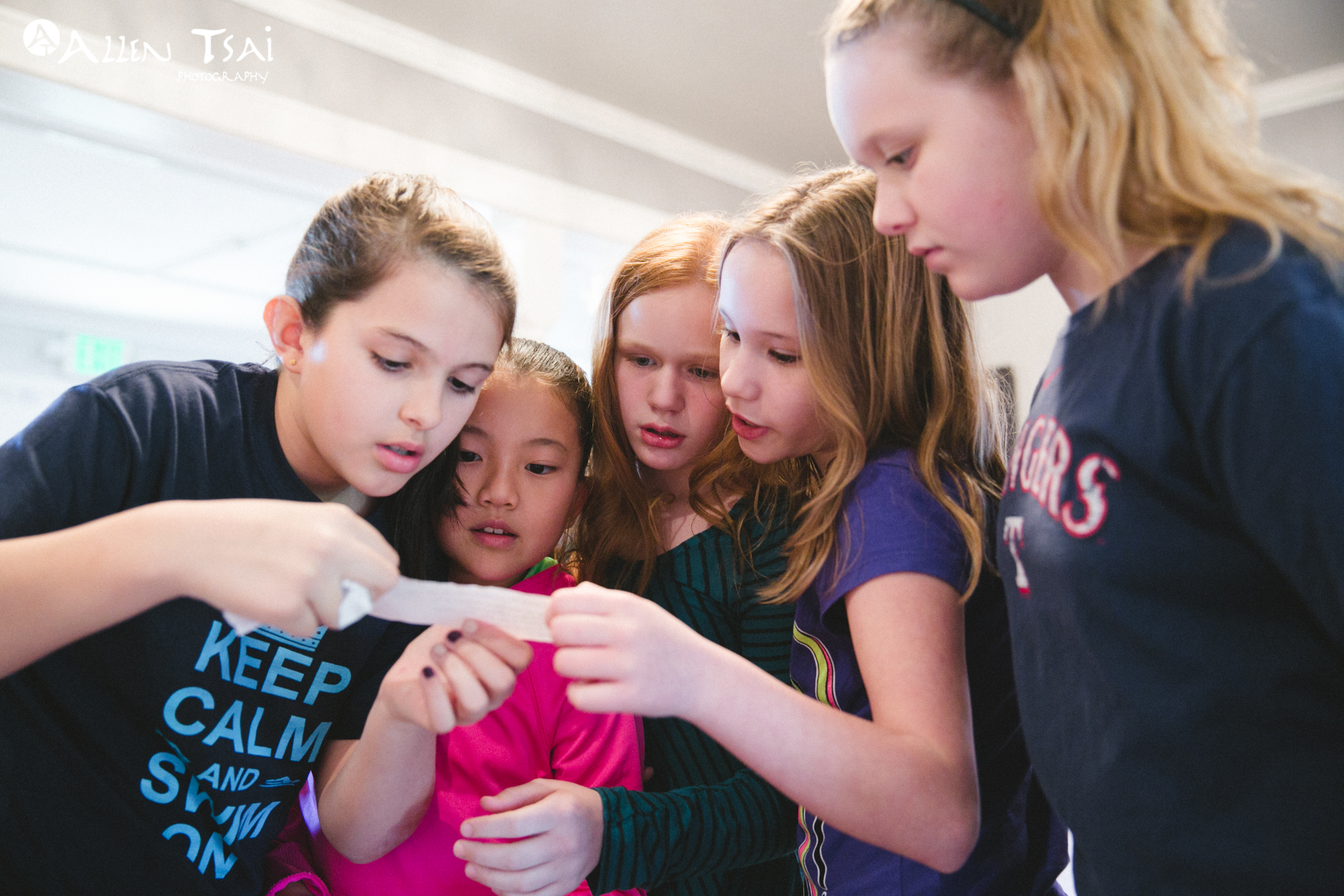 Each clue led them to another clue which ultimately led the winning team to the vase. These girls were so smart! We at Keestone Events thought the clues would have them stumped but they solved them with ease and it was a race down to the wire to see which team won first. 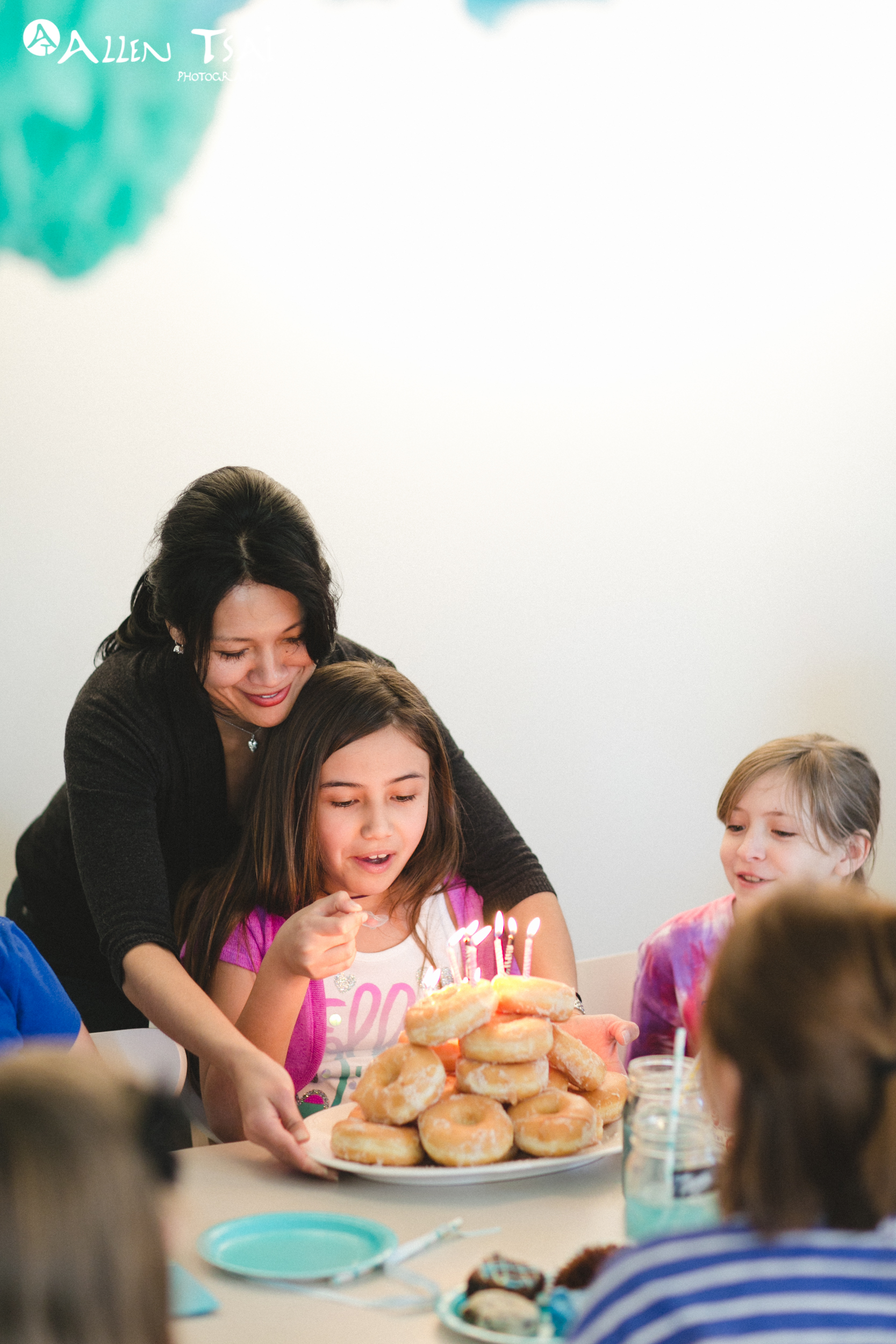 Right before the next phase, time was allotted for drinks and dessert. Because Endeavor doesn’t like cake but prefers donuts, there was a special ‘donut cake’ created for the occasion which the candles were placed on instead. Behold, a donut cake for the birthday girl. 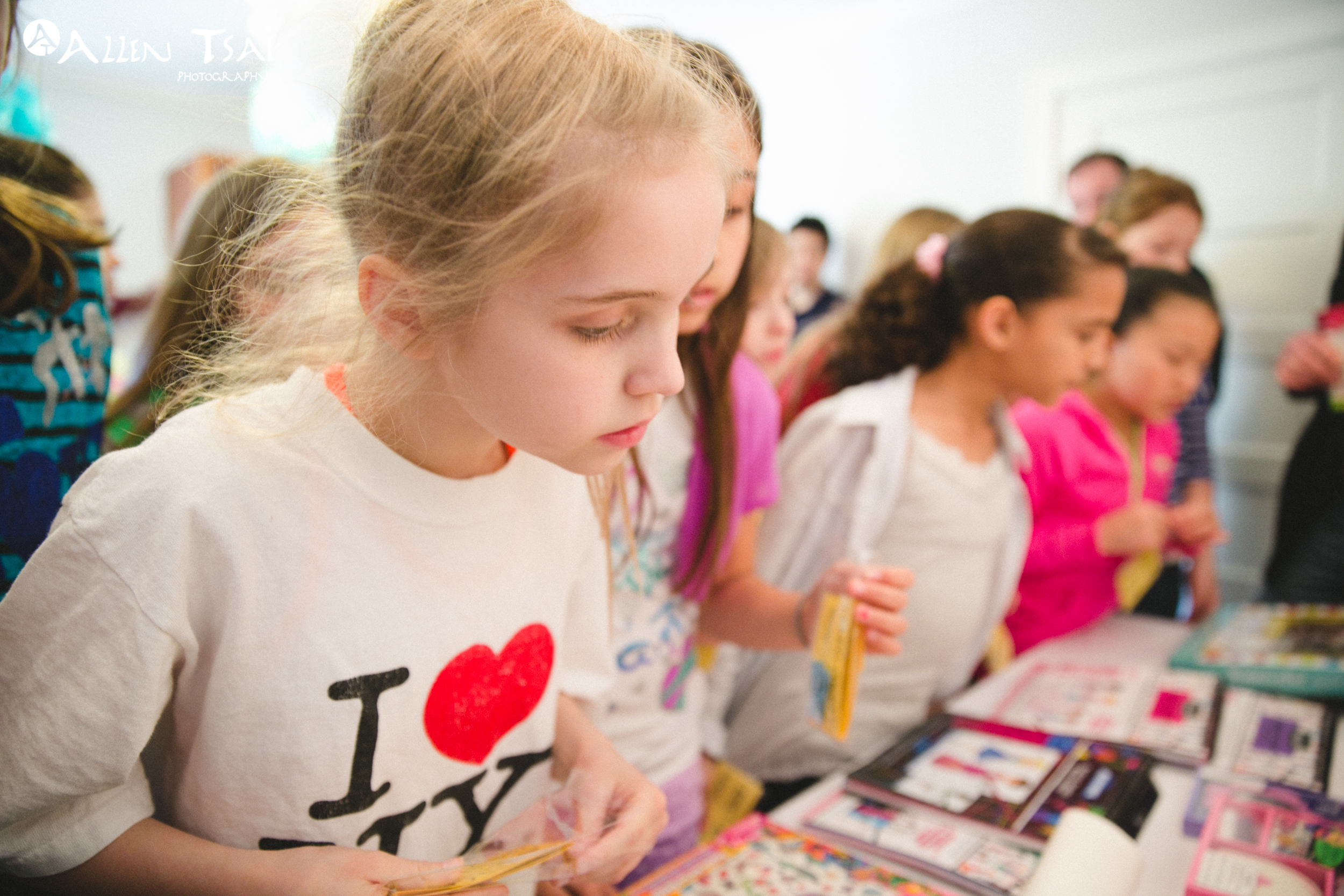 After the girls were finished munching, each girl was then given a bag with twenty tickets as a reward for deciphering the clues so quickly. They were then brought into another part of the gallery which had been turned into an auction room. The girls were allowed to walk by the auction table to see which items they wanted to bid on first before this portion officially began. 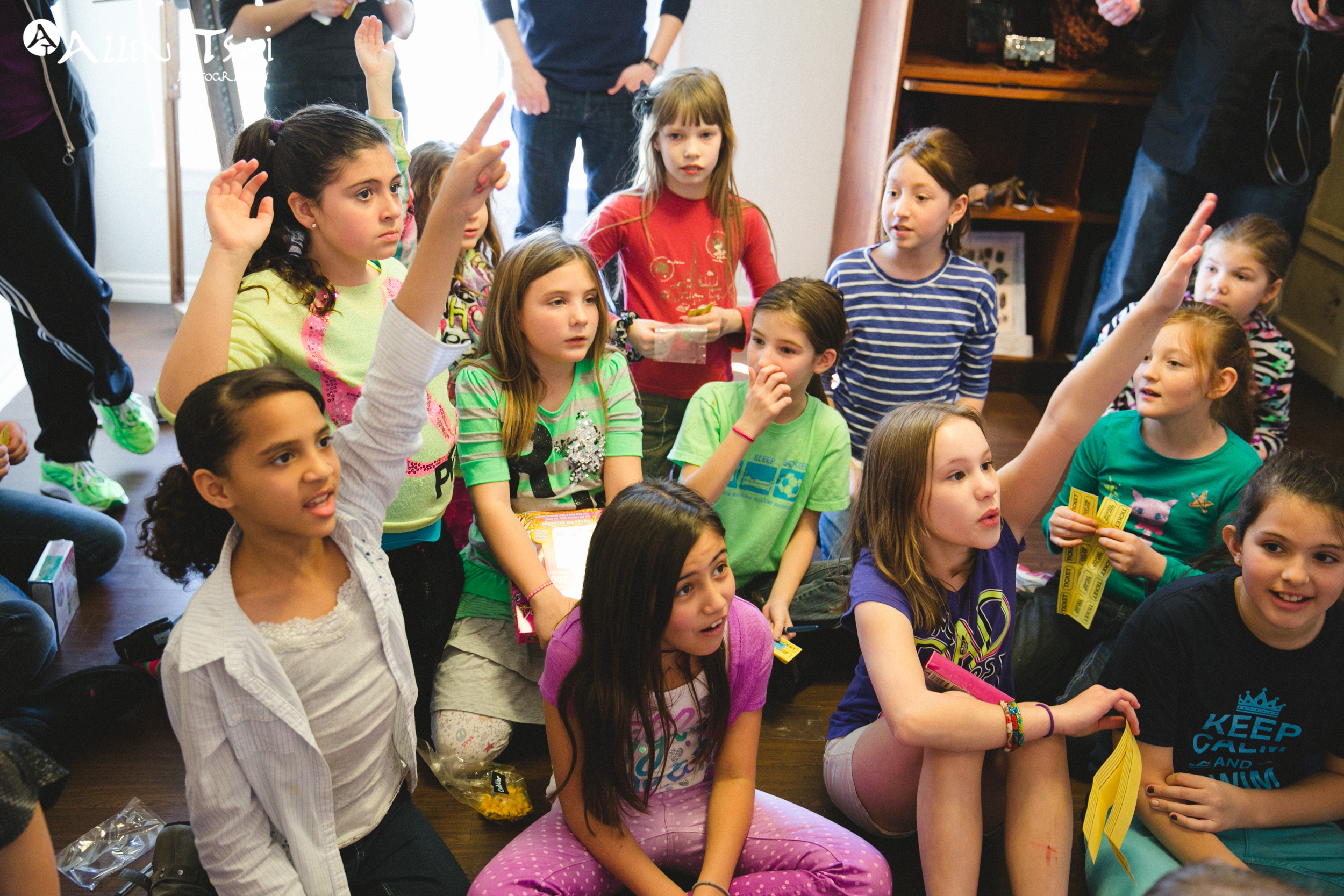 The bidding was a blast since you could see the girls quickly grasping the concept of an auction and their different personalities. Some held on to their tickets while others bid all of it at once. Towards the end of the auction when most of the girls had spent their tickets, you could see groups being formed when they would pool their tickets together and agree to split a prize! Let me tell you, there were some proud mamas there seeing how creative their daughters got. 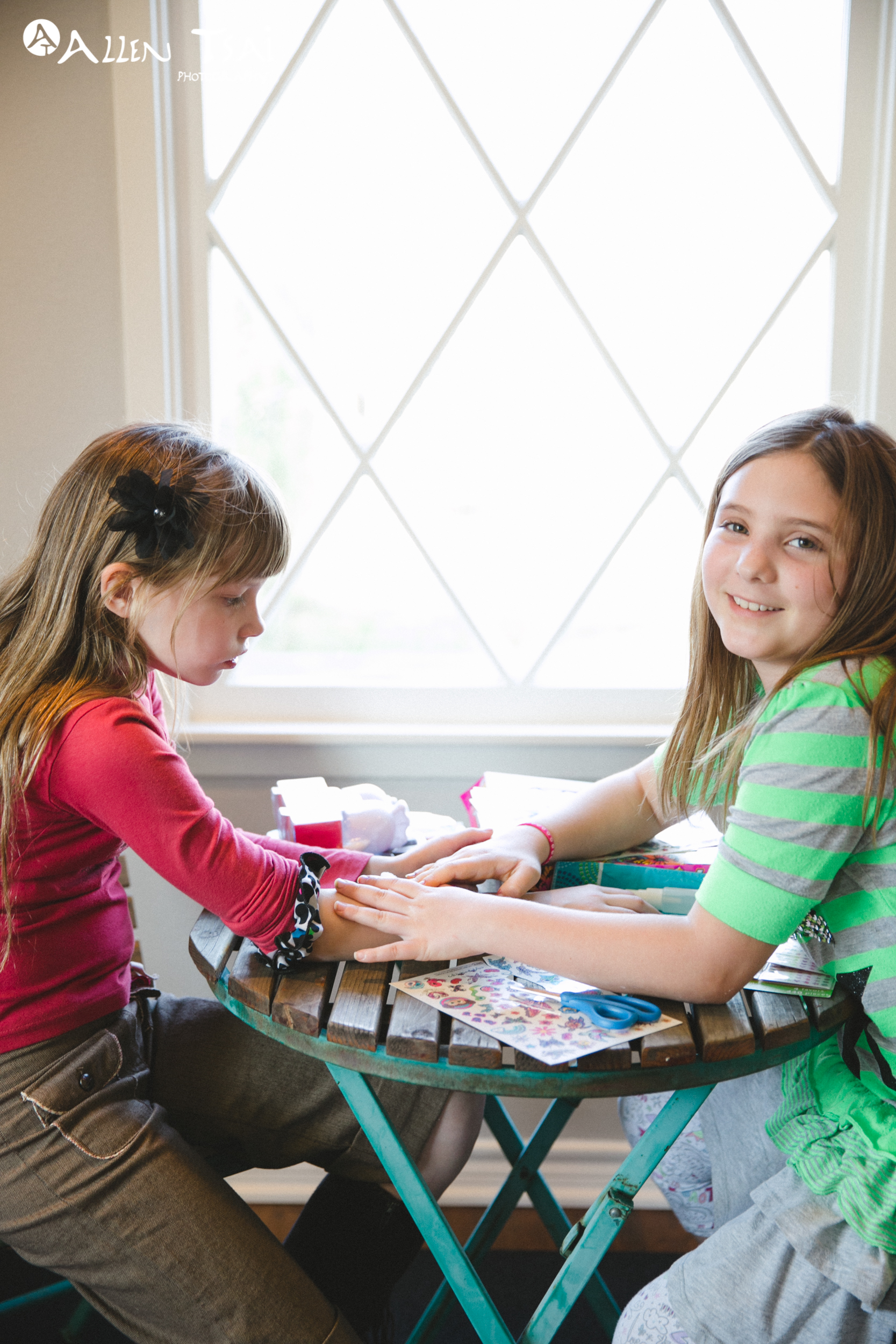 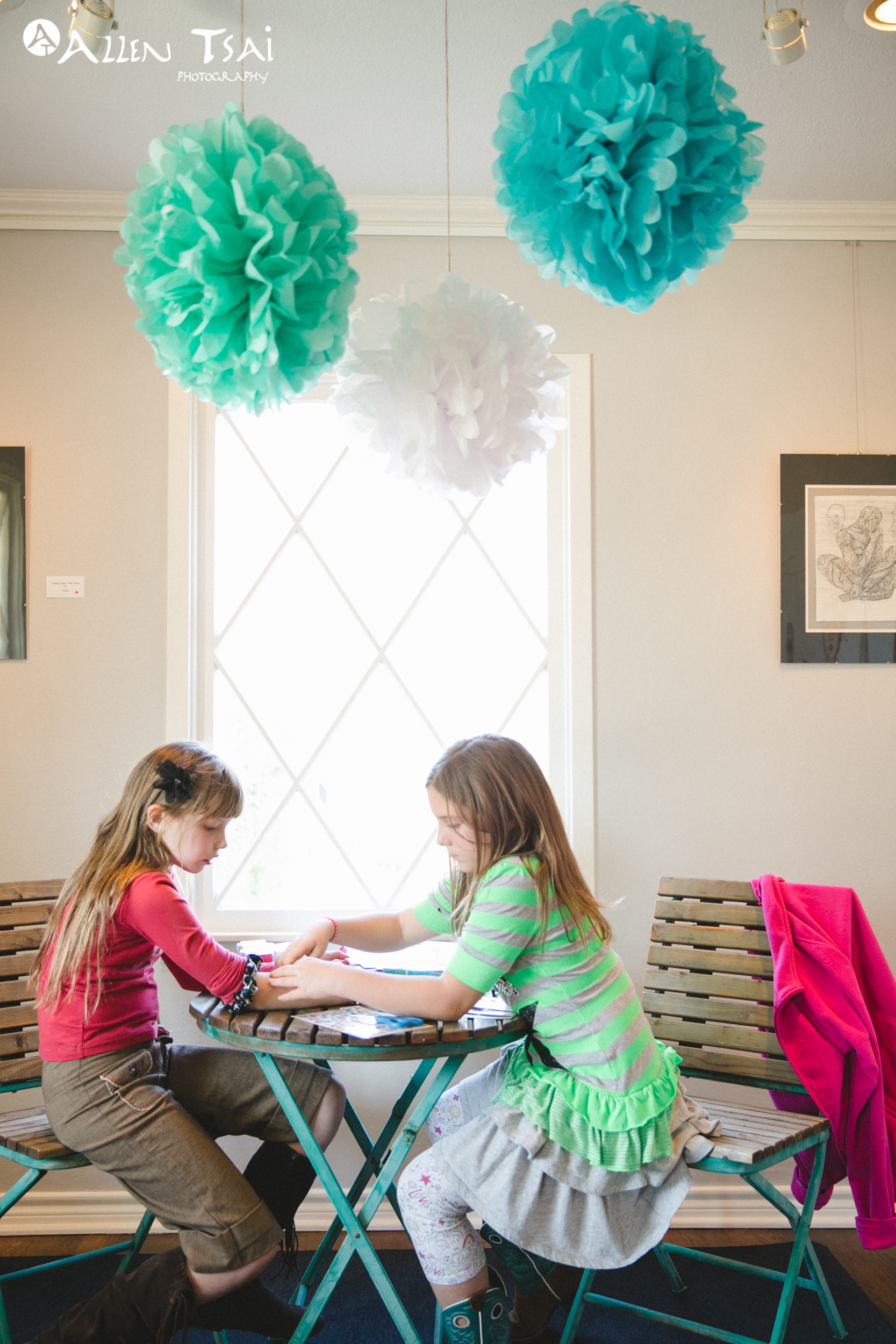 One of the most popular auction prizes was a ‘mystery box’ where no one knew what was inside. Another big hit was the glitter tattoo box where the girl who won opened up an impromptu tattoo parlor where girls sat in line waiting for their turn! 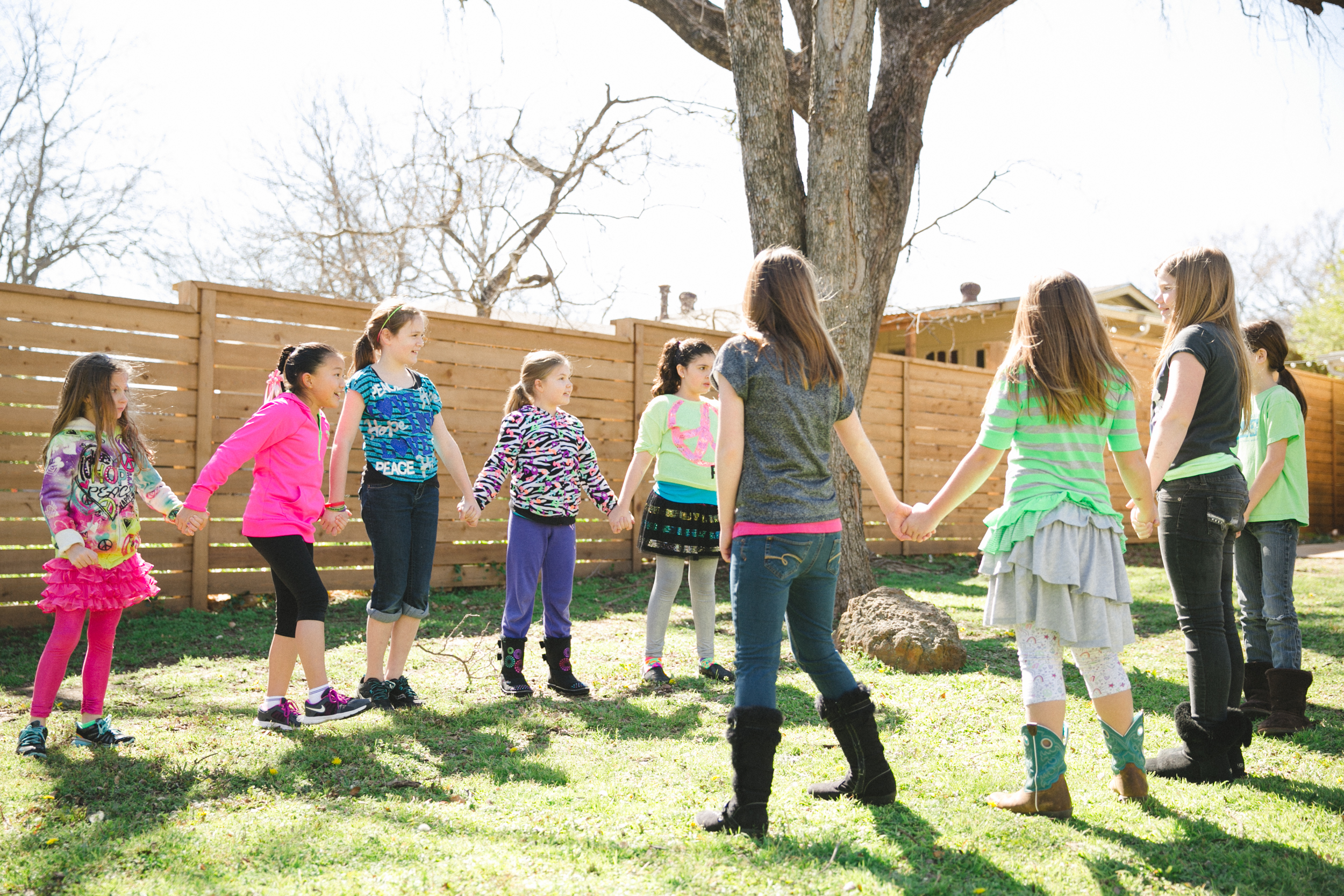 Texas has very fickle weather but on that day, it was absolutely gorgeous so the girls then headed outdoors to the studio’s backyard to play games like Red Rover before the party officially wrapped up.

You can see more images of the party, kids and desserts at the Keestone Events Facebook page.

If you’re planning a party or event, let us help! Contact us to schedule a consultation or if you simply want an event idea, we provide concepts on paper and details for you to execute on. Visit this link for more information.

Coral Hues and a Brick Wall