We do many wedding shoots, but this time, I’m sharing an elopement, inspired by the beautiful coastline of Taiwan.

Letter Love Studio took cues from the water and continued in that theme with delicate stationery. She used watercolor as the background, with various shades of blue from dark to light for an ombre effect. She also wrote all the lines in the romantic vows with white calligraphy, creating an ethereal and light feeling to the shoot. It tied in nicely with all the rock textures at the cliffside.

To balance out the jagged textures, we incorporated traditional arm chairs, a gold console table, and clean white plateware for a neutral look. I fell in love with the salad plates since it had the neatest texture that made it seem as if there was water in the plate. To bring all of this together, we went with romantic florals with deep red and blush tones for a pop of color, set in a stone container. It was important that we showcase the unique rock surfaces, but still maintain the soft, organic look that ties in well with the soft waves lapping at the beach.

Tea plays a large part in Chinese culture and we paid homage to that with an intricate teapot. There were also subtle Asian influences with the white jade chopstick holders and lacquered chopsticks.

This shoot was featured in Inspired by This. 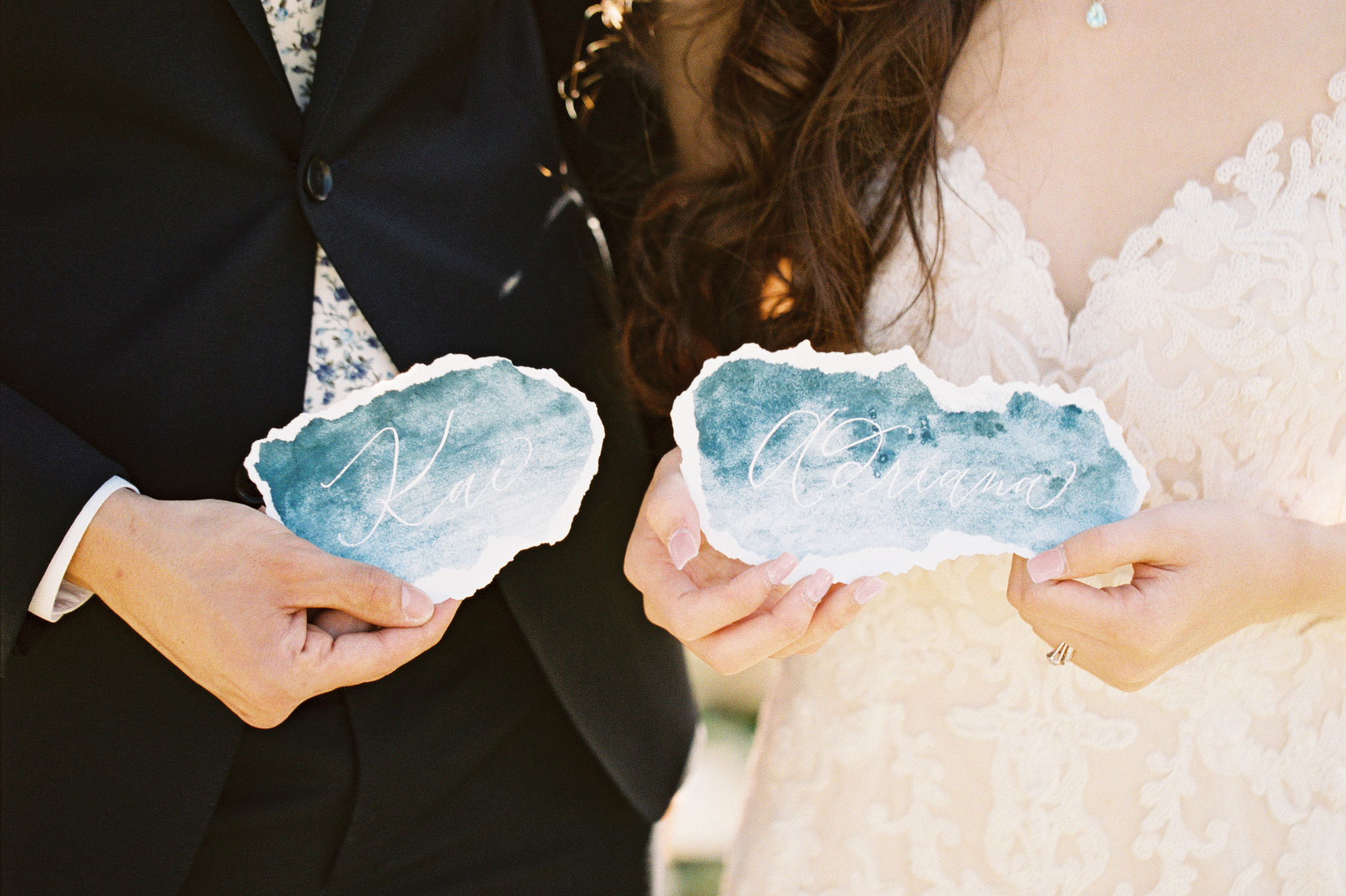 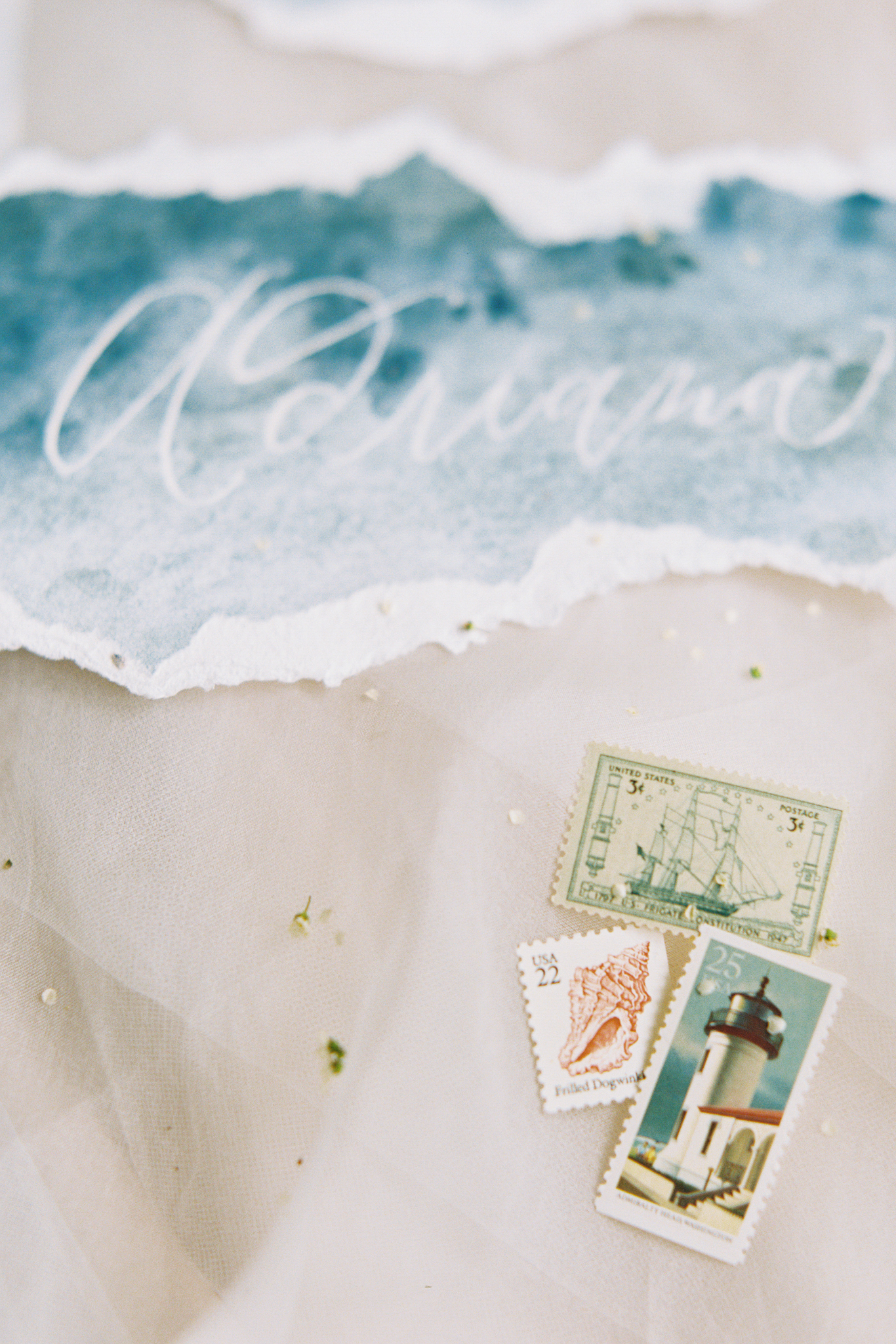 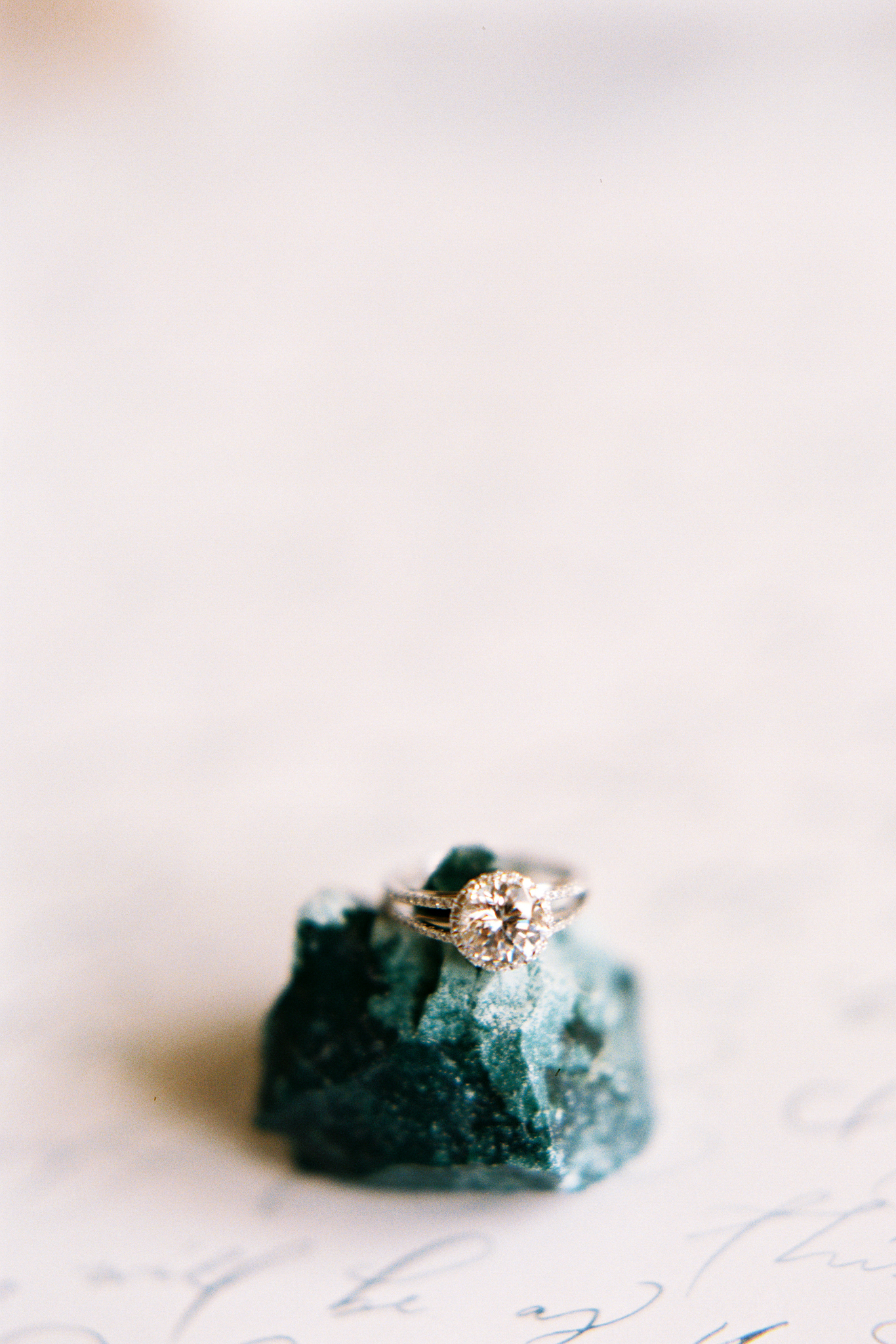 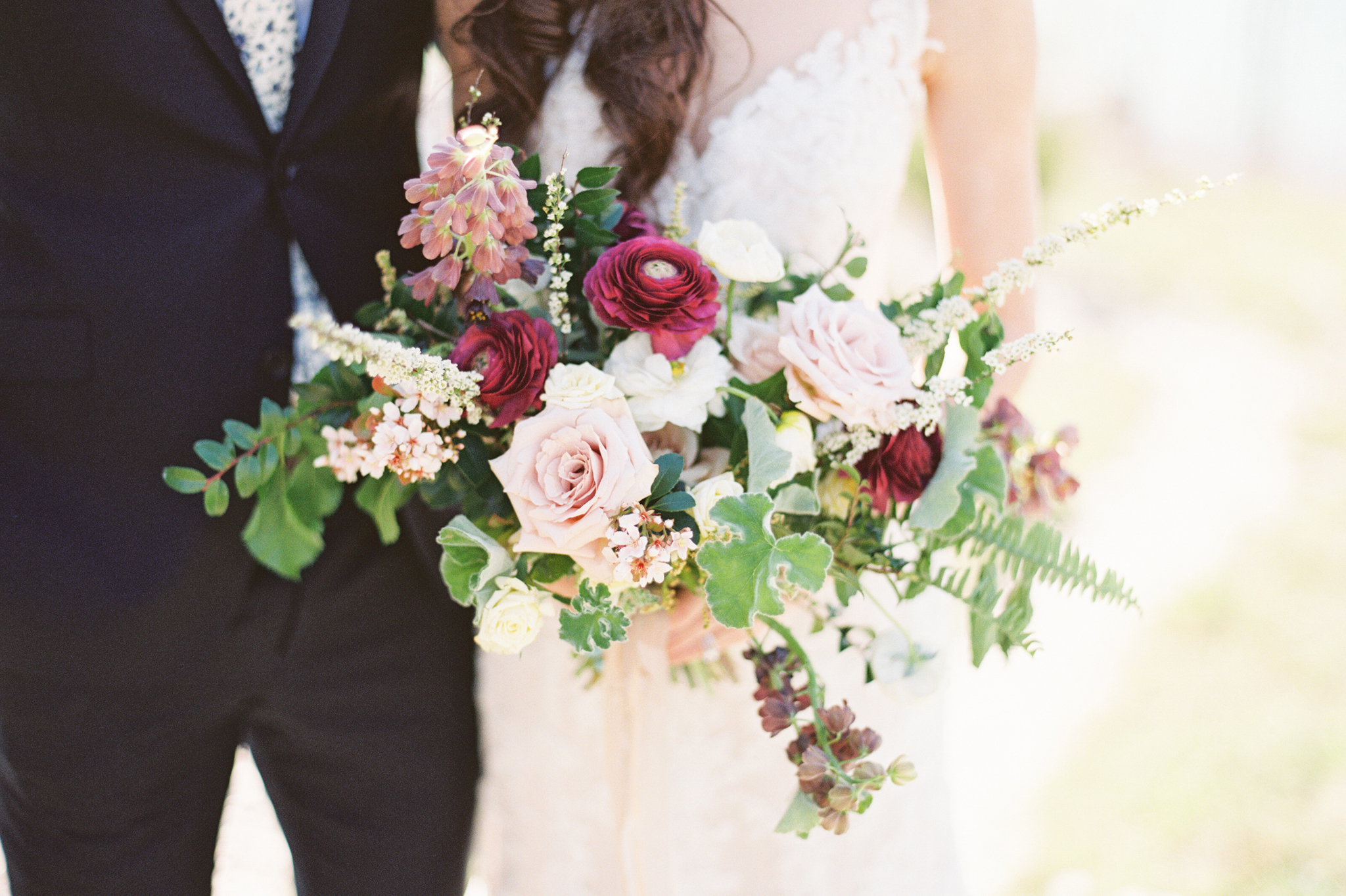 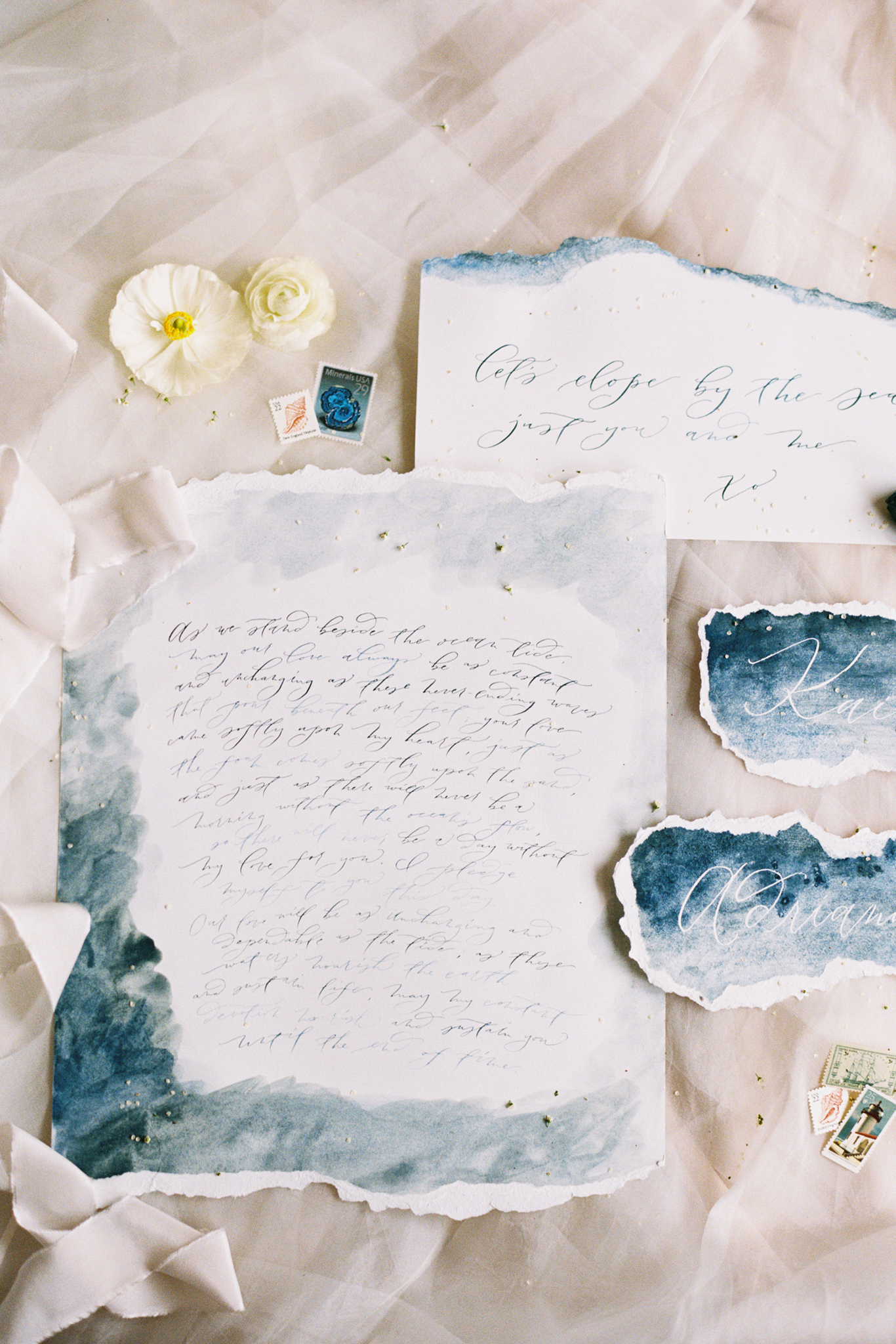 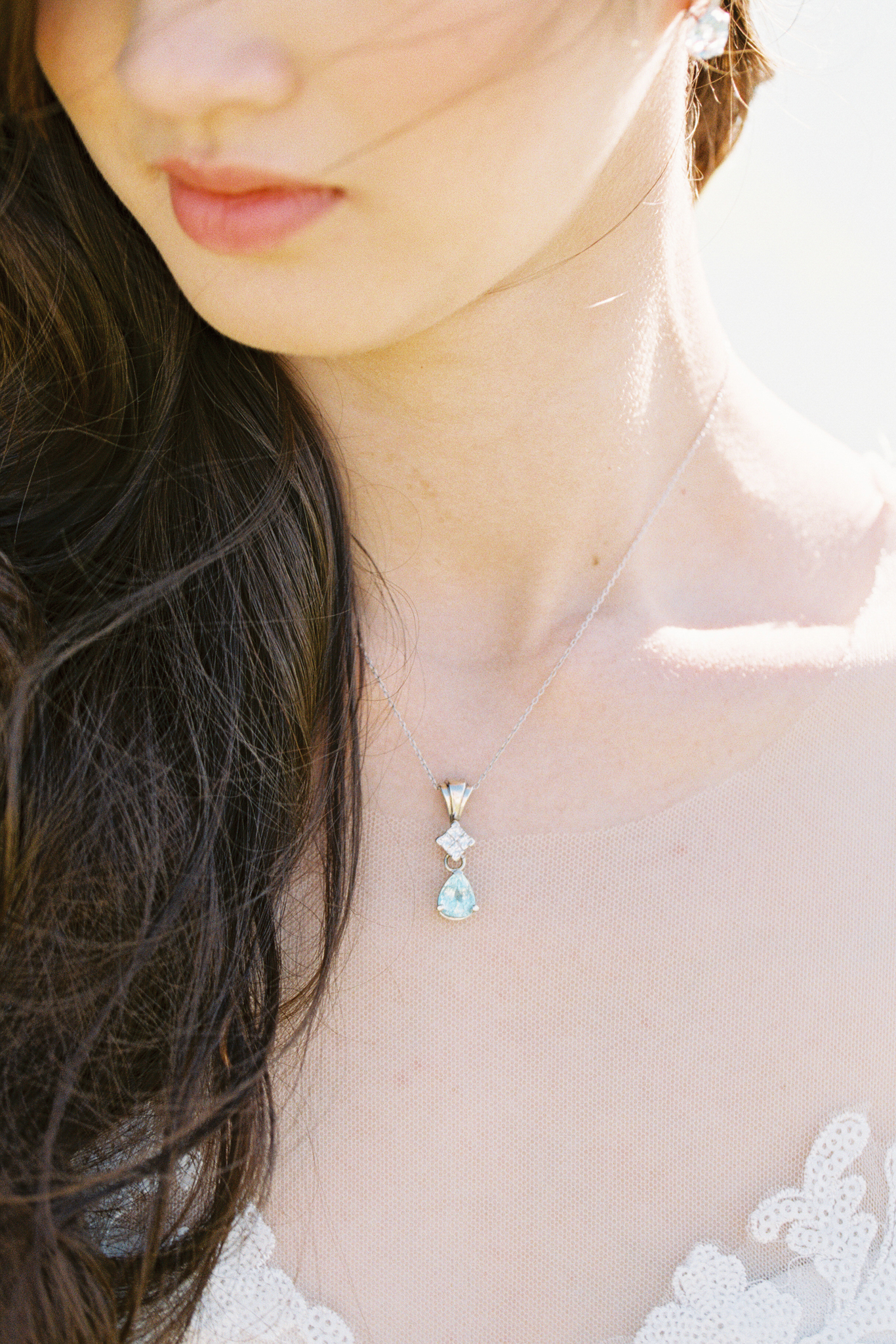 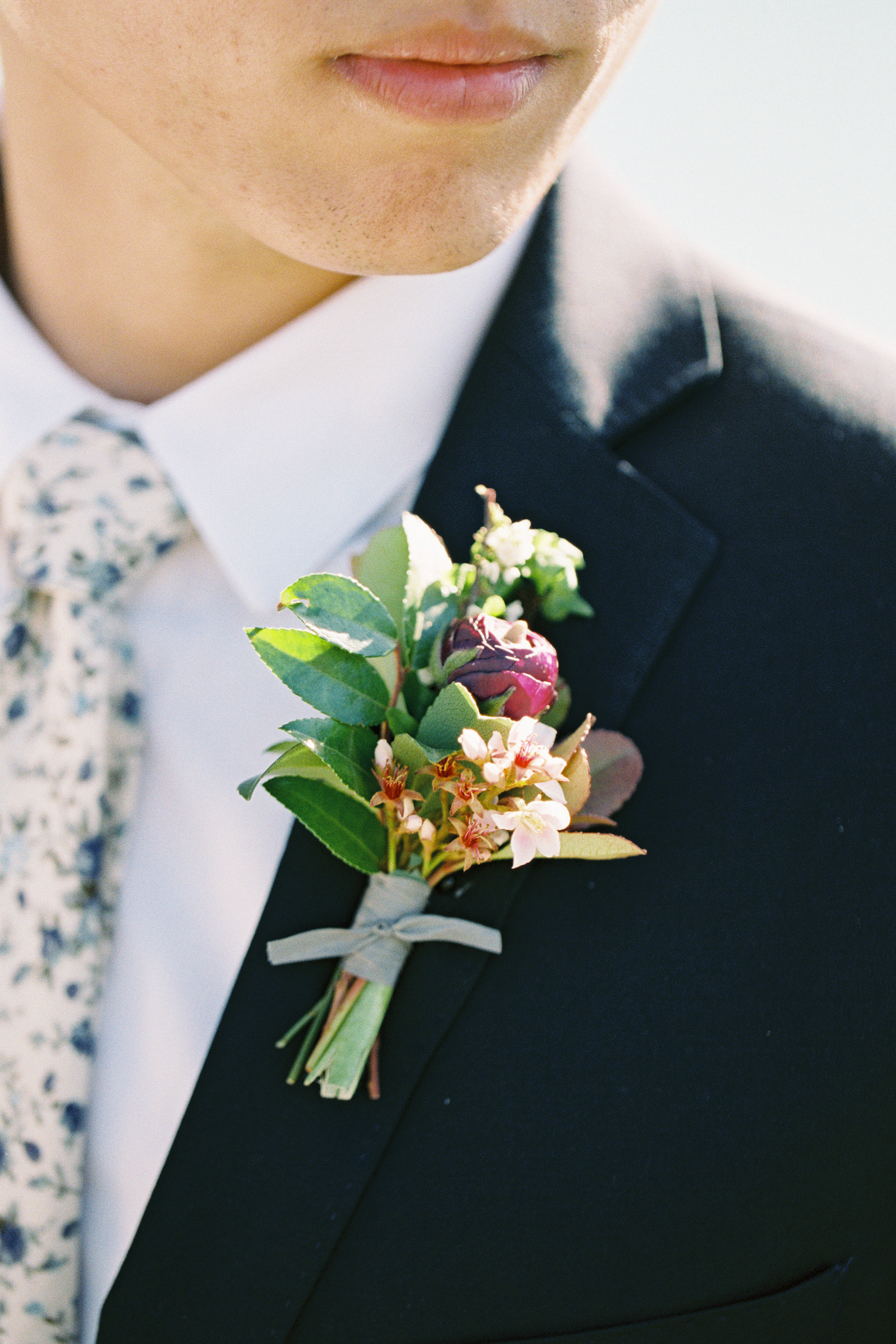 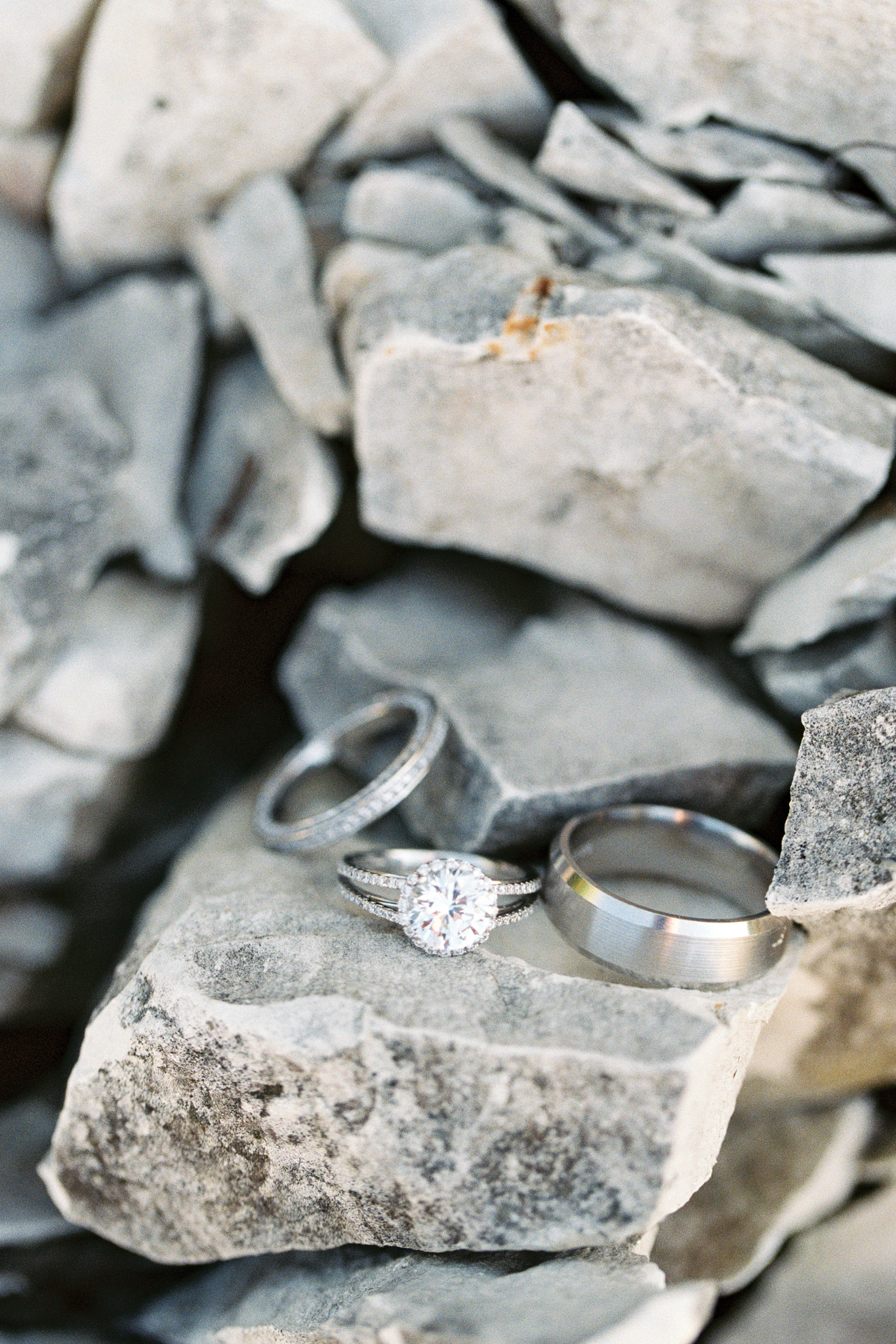 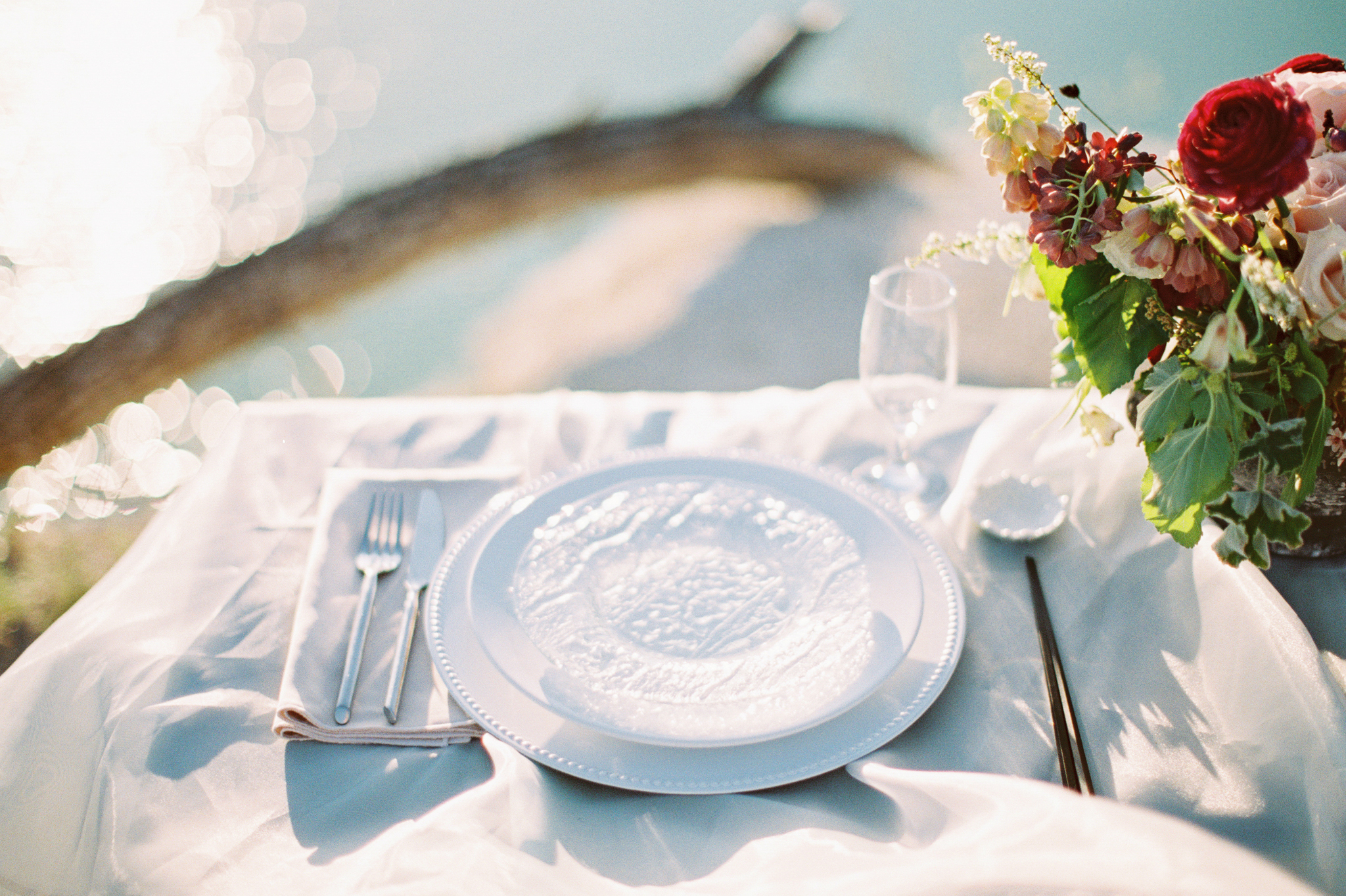 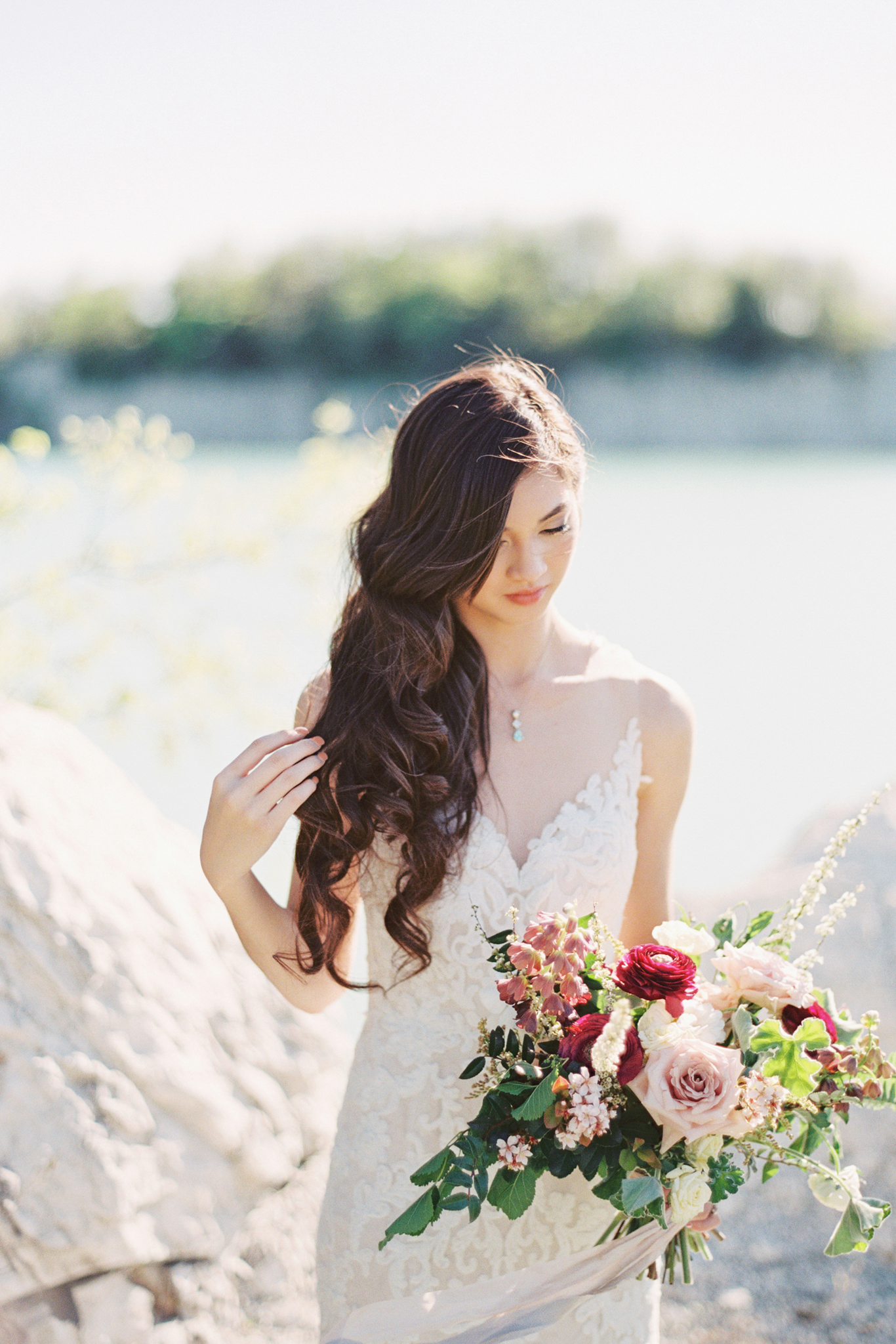 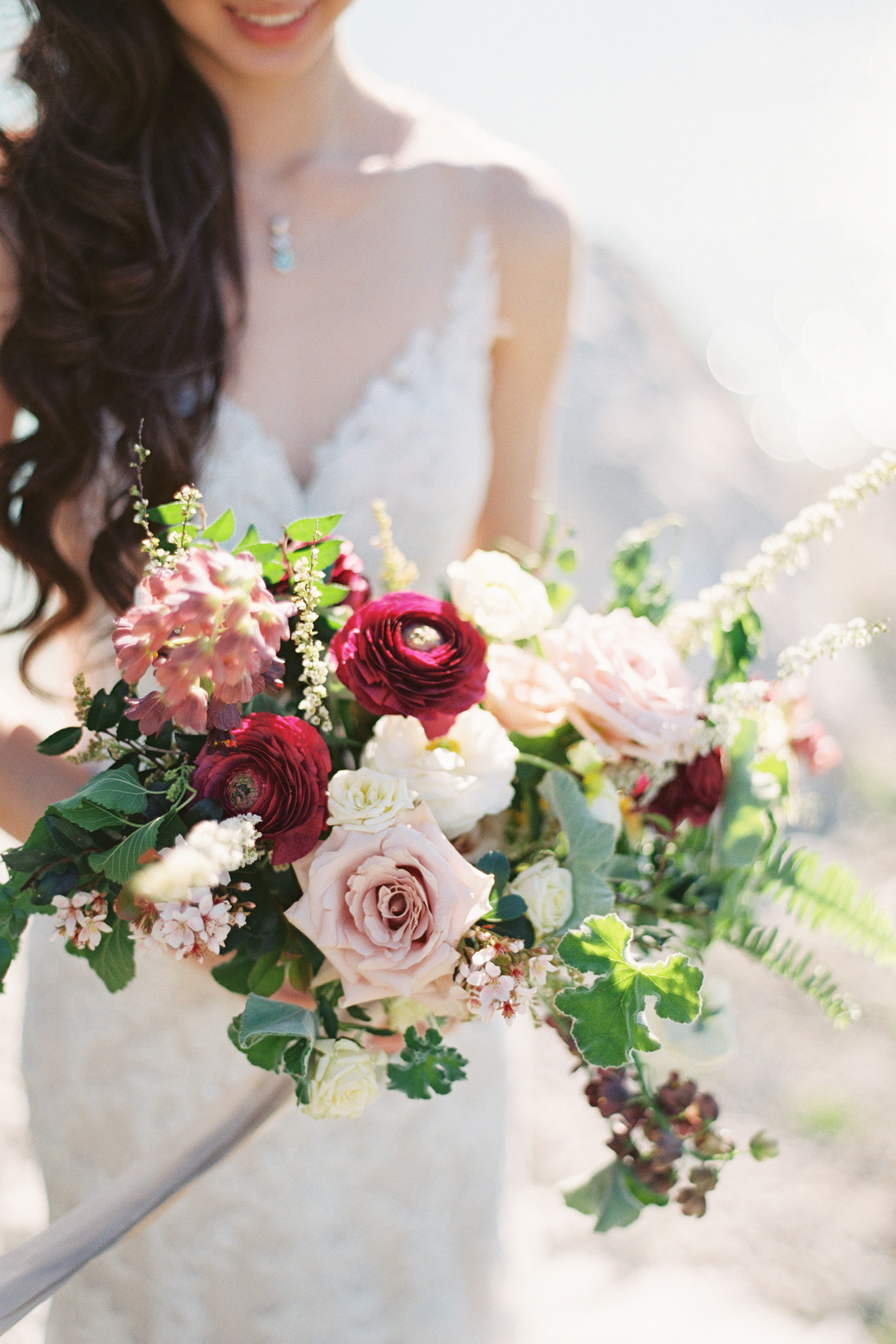 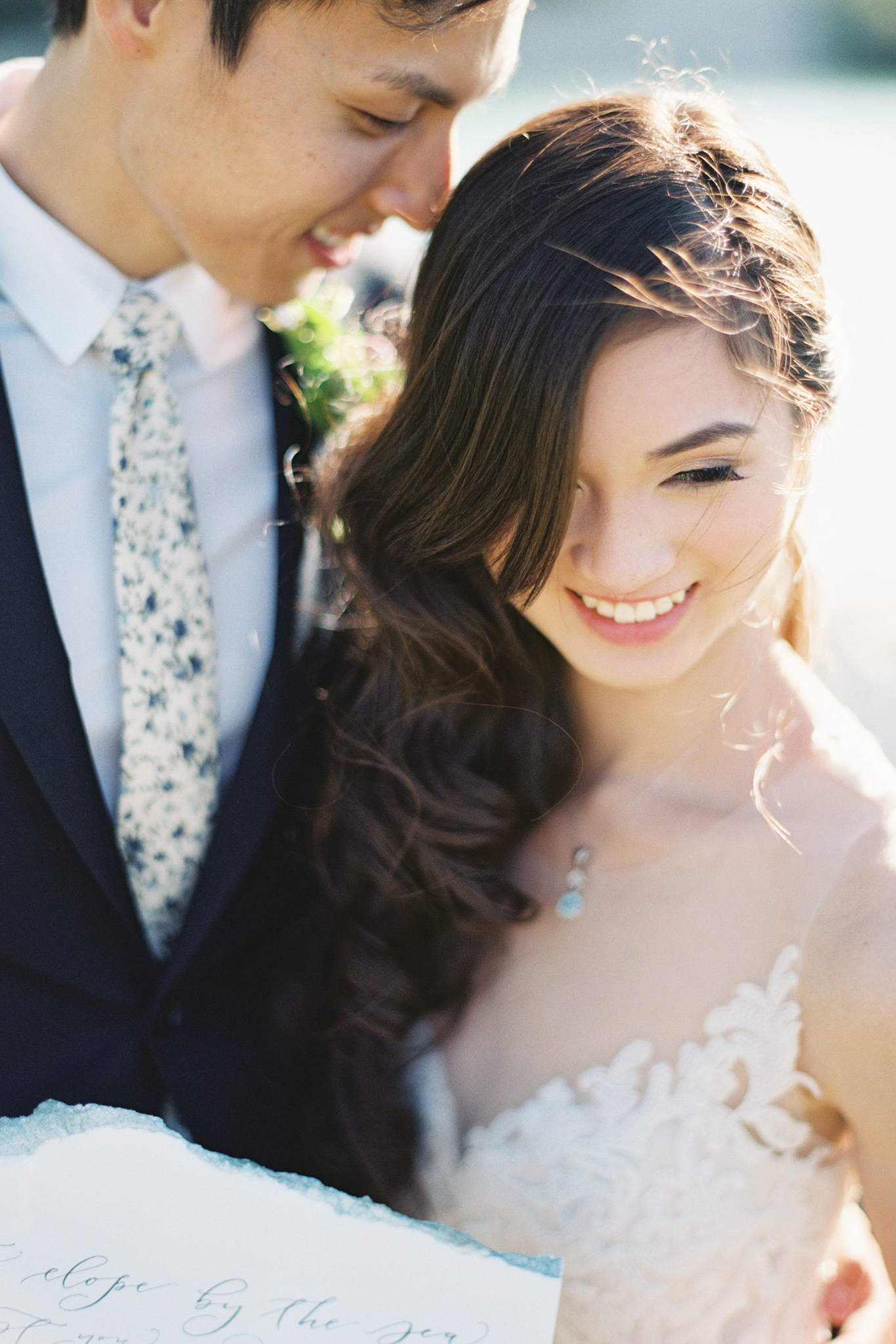 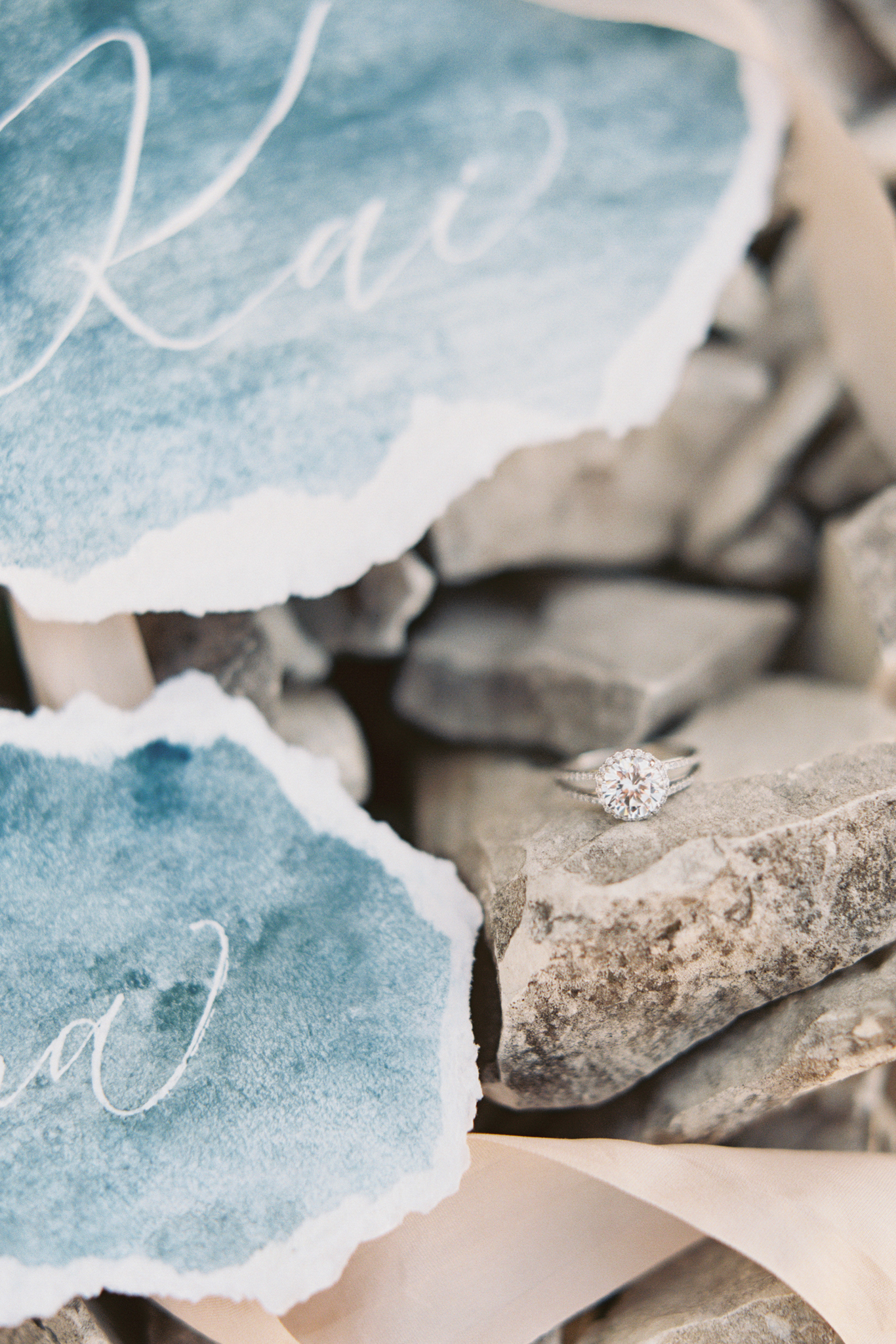 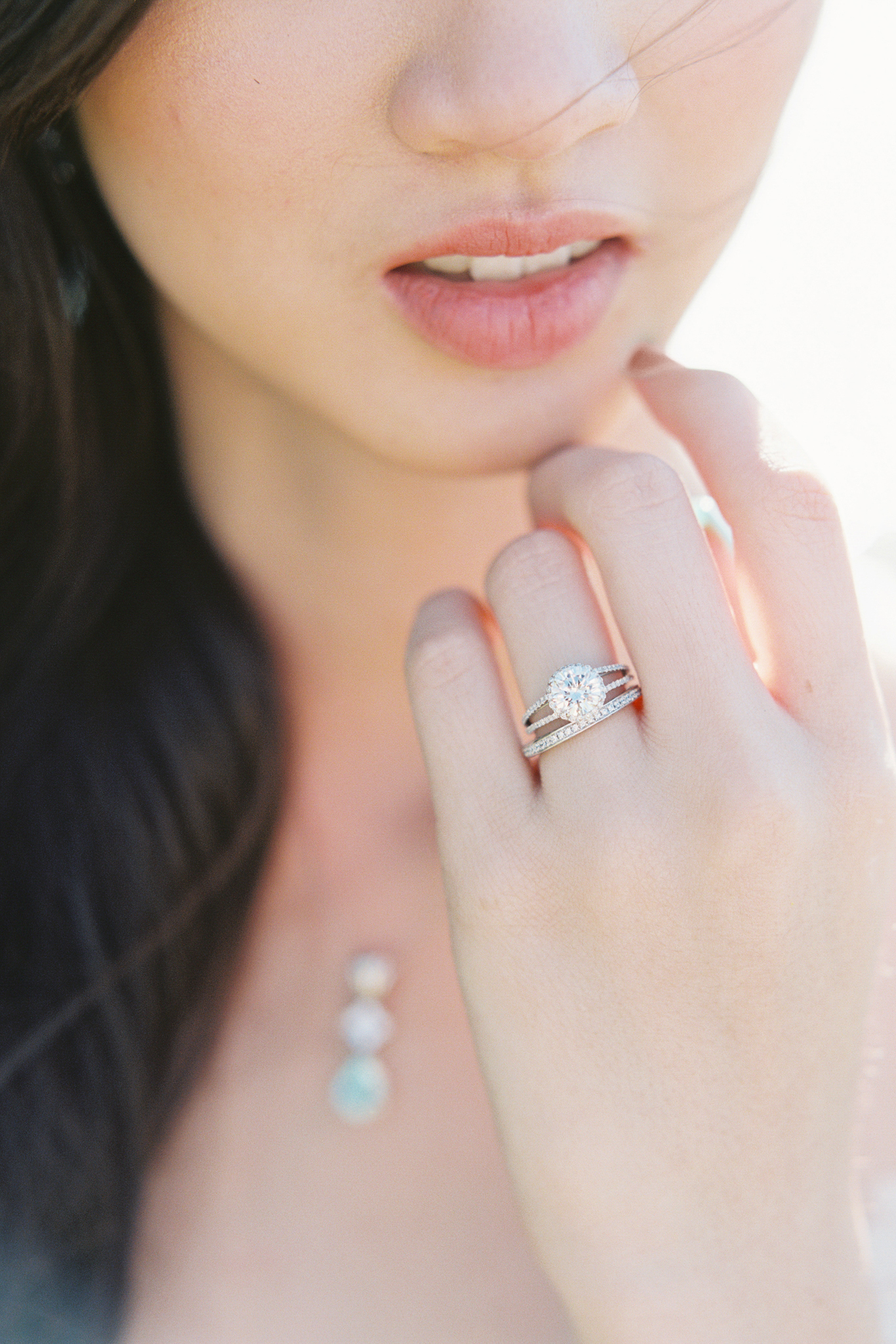 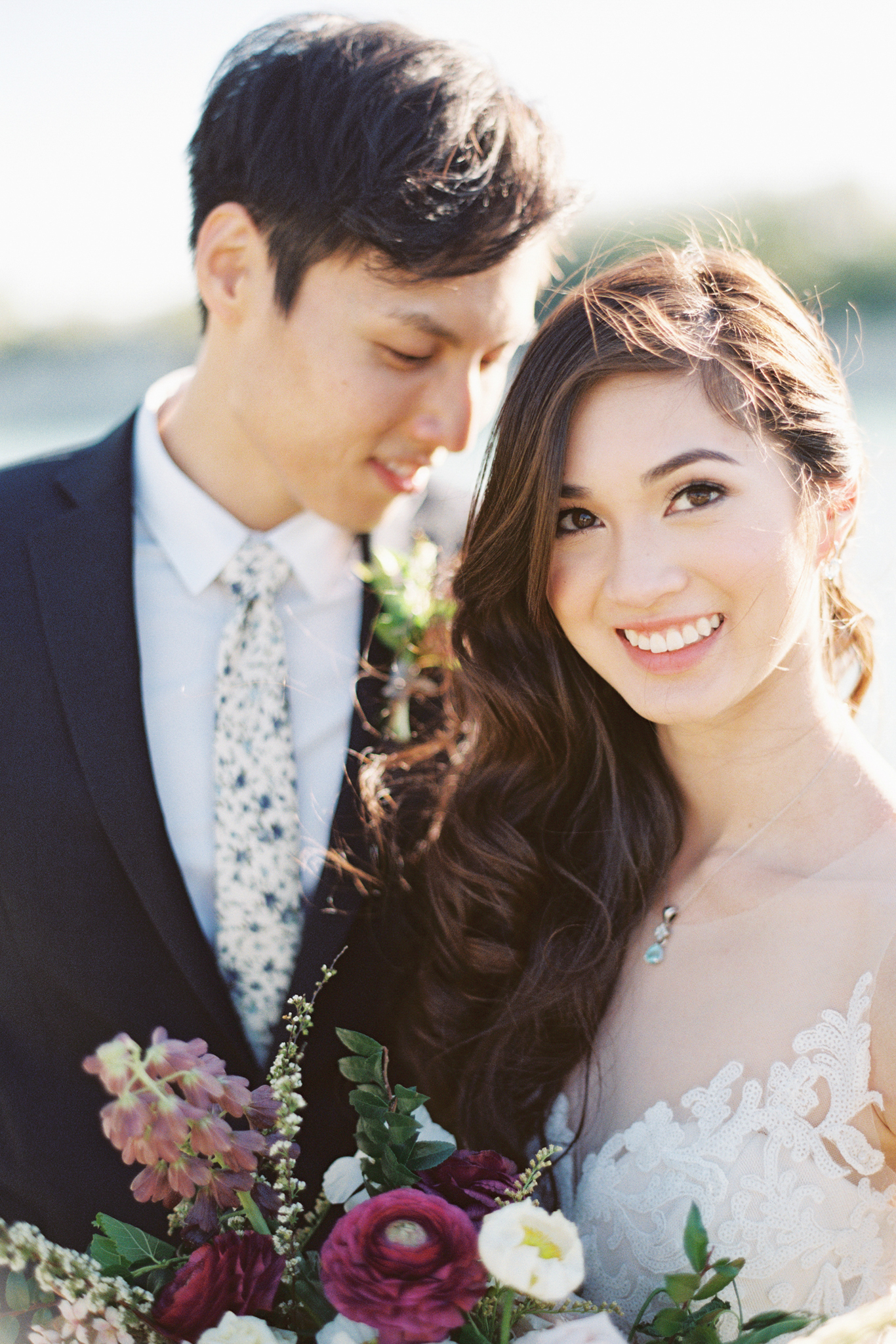 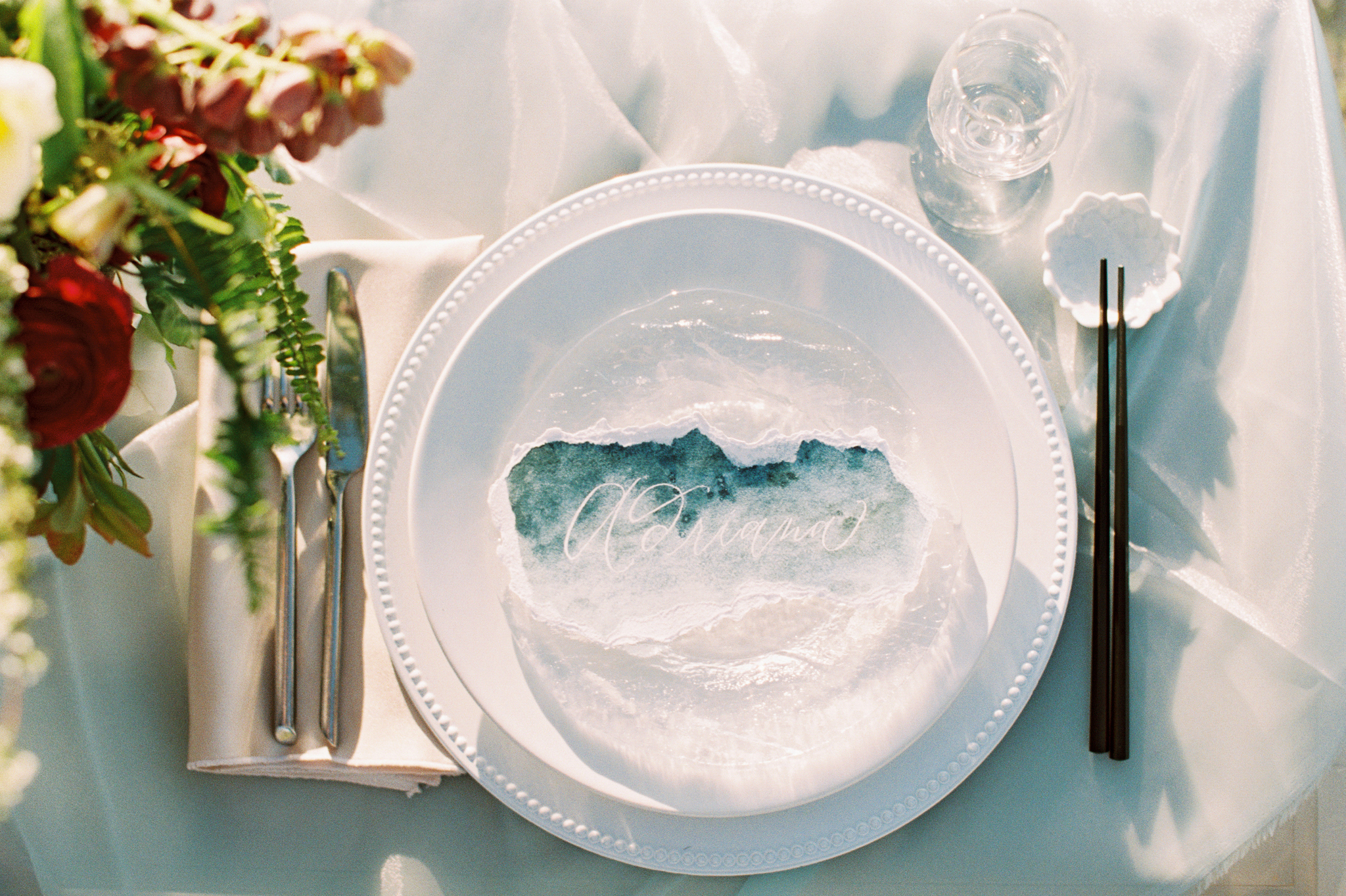 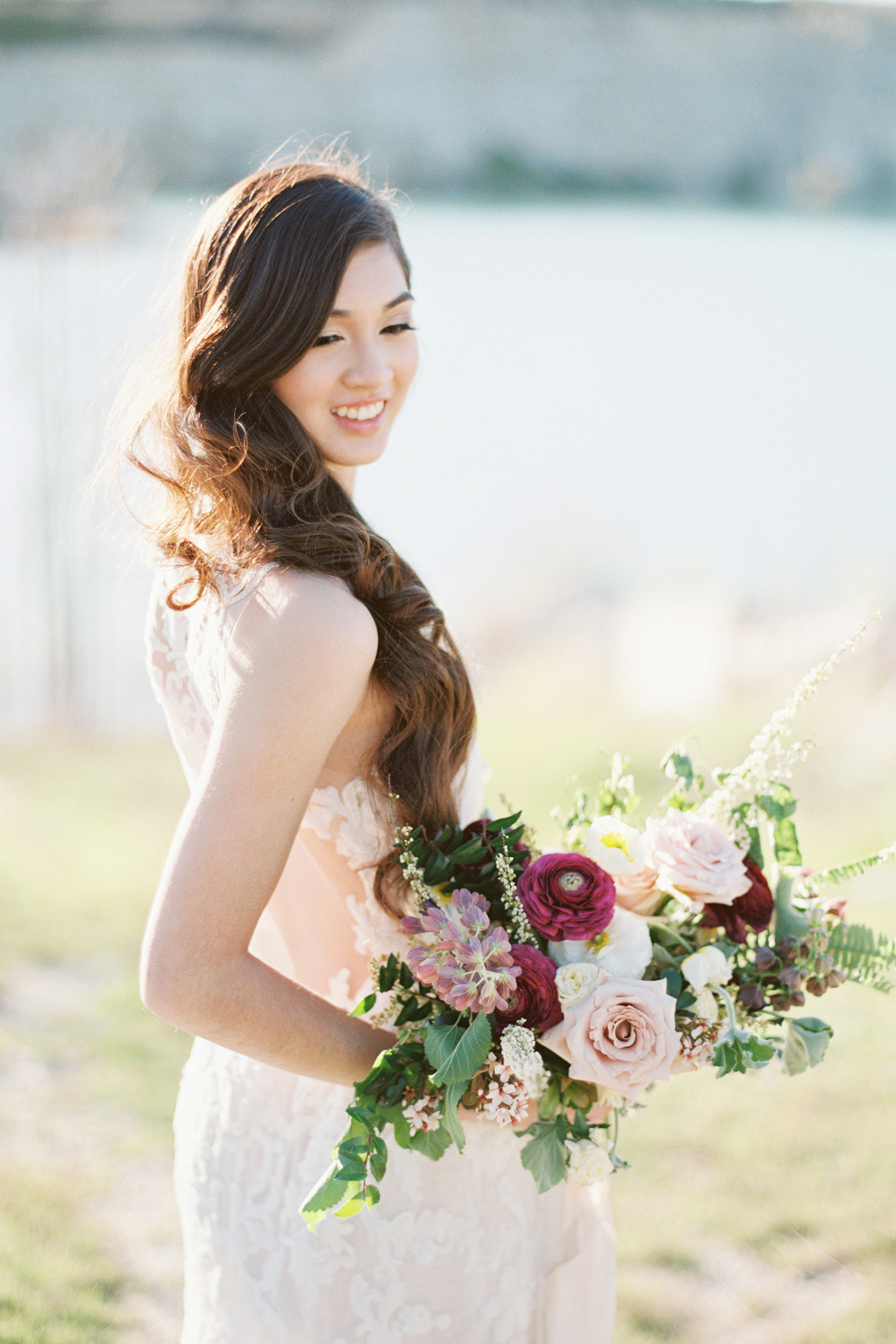 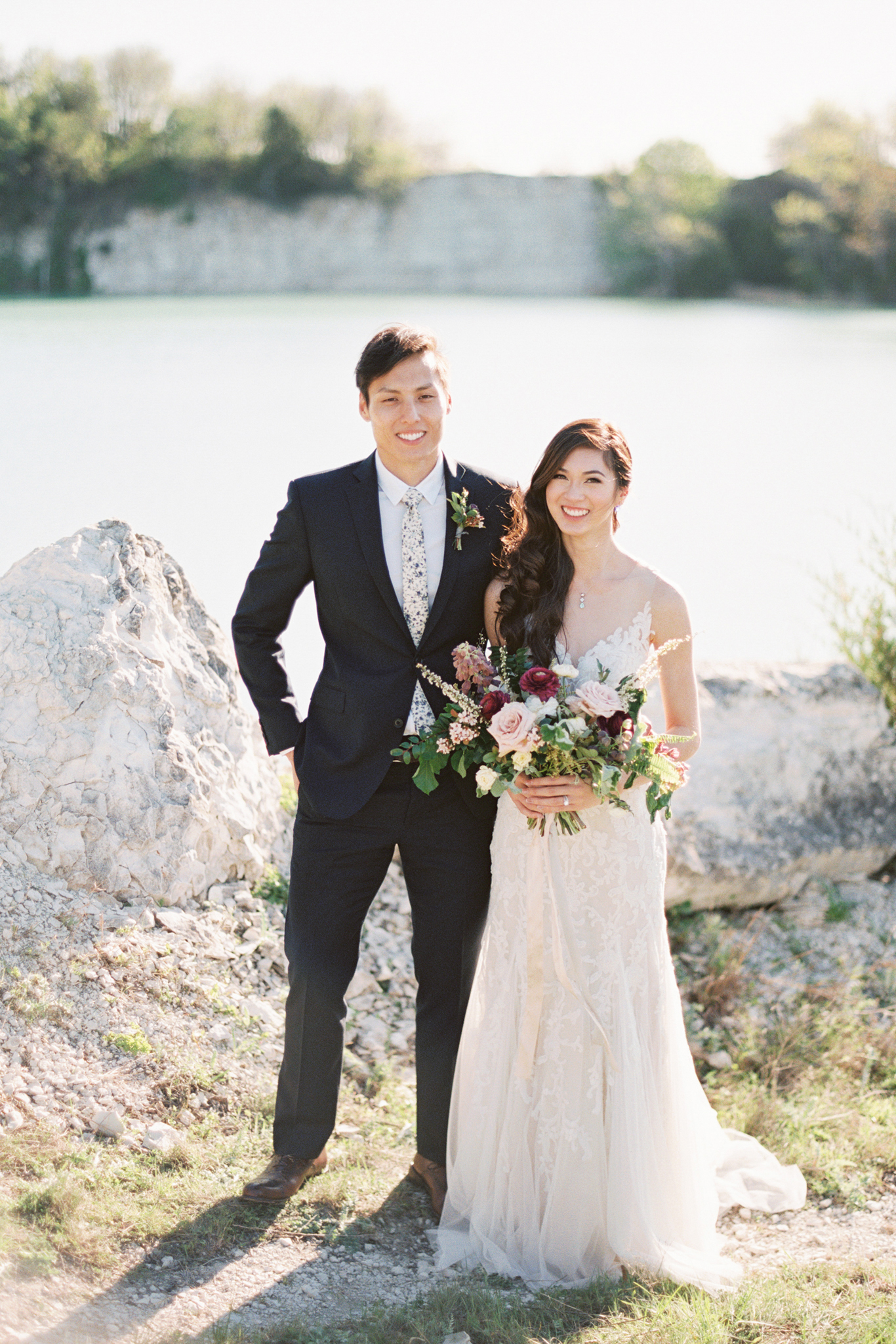 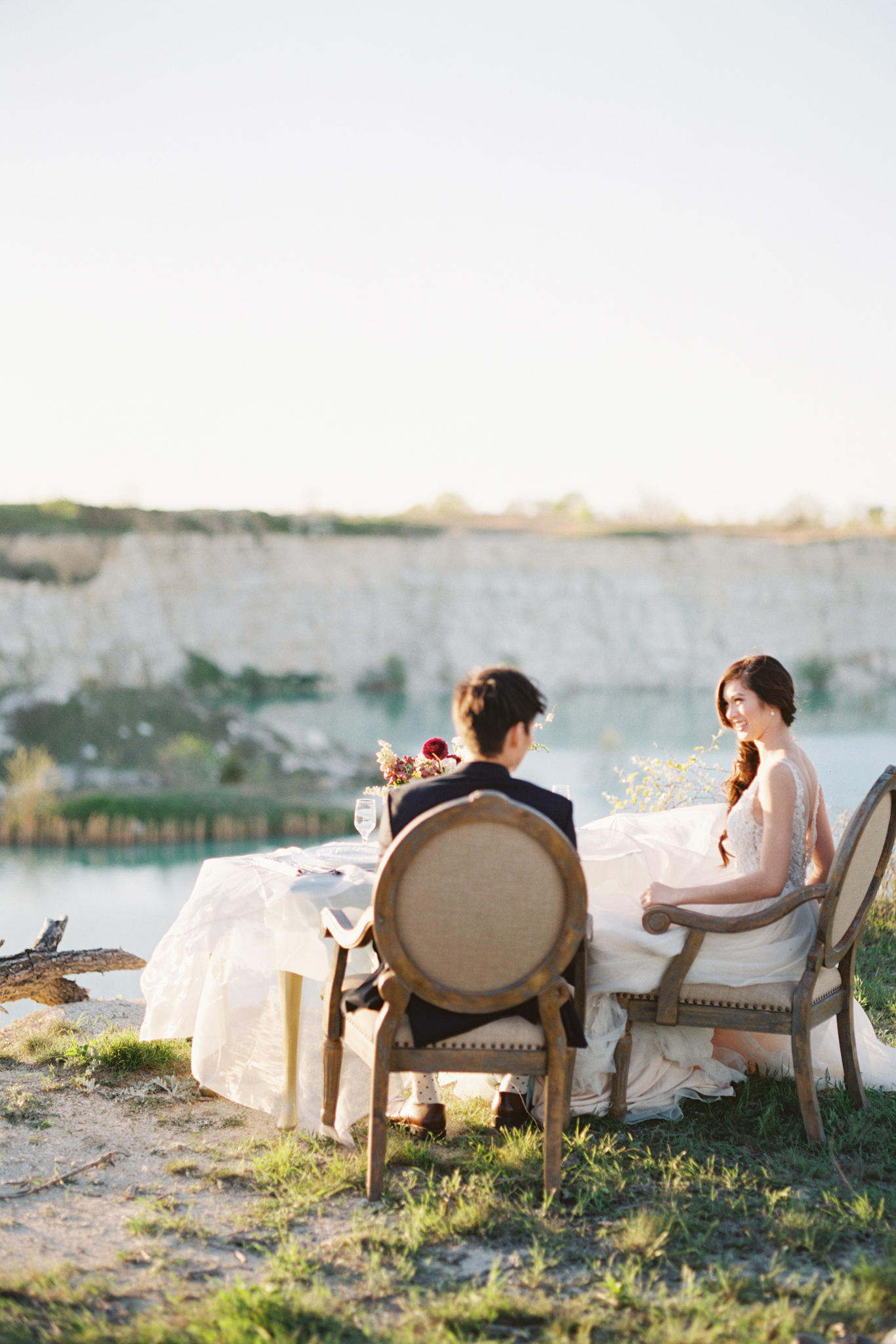 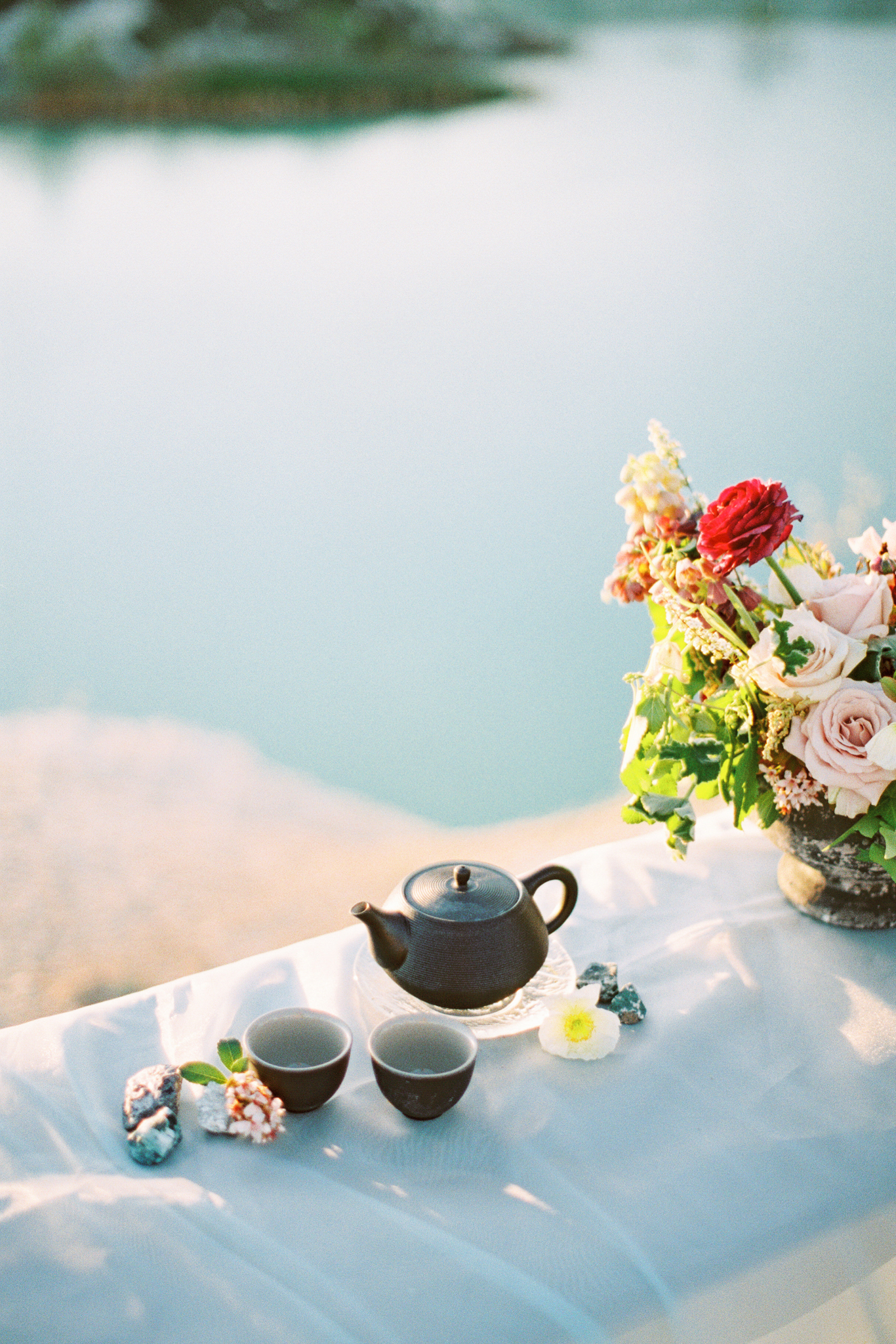 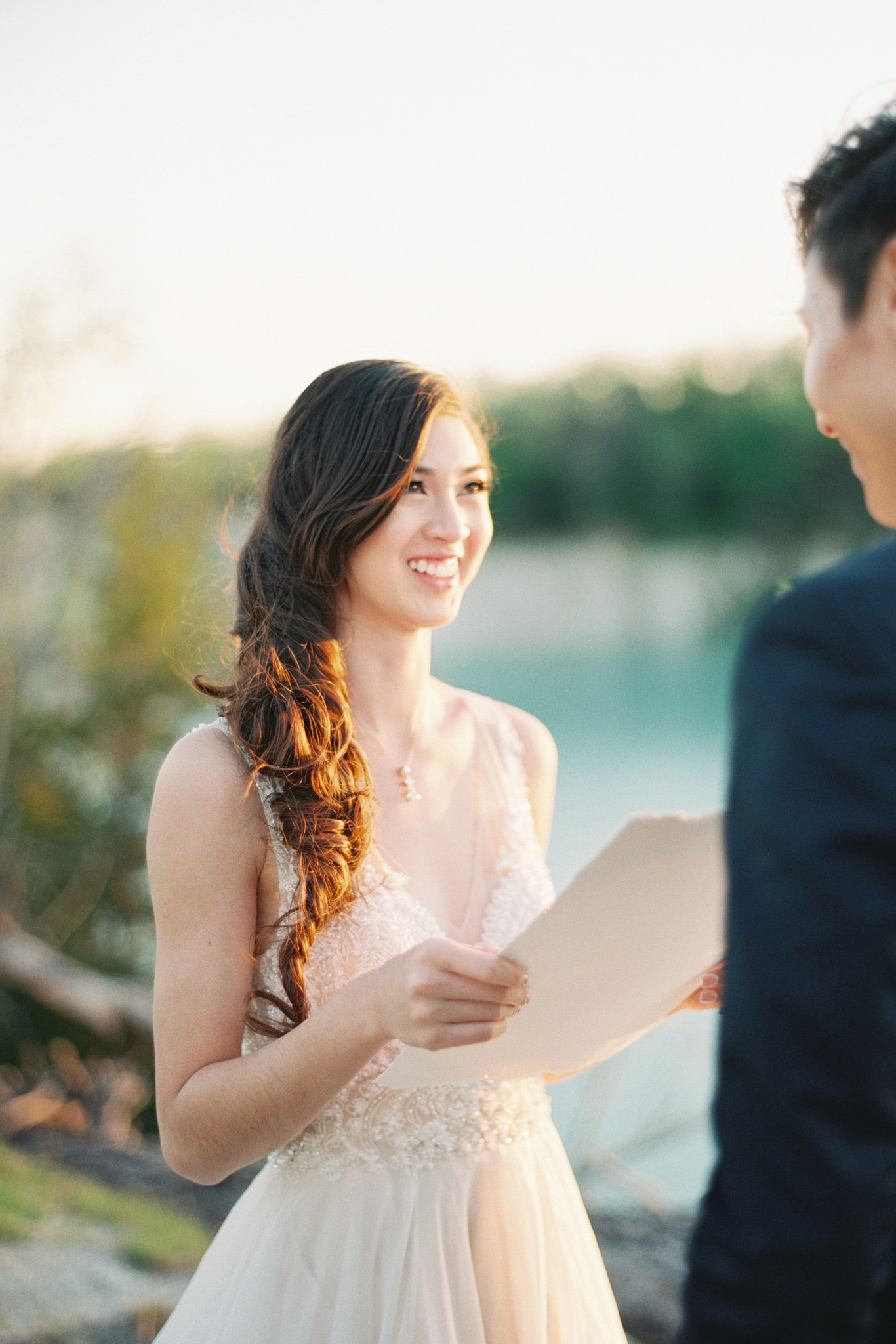 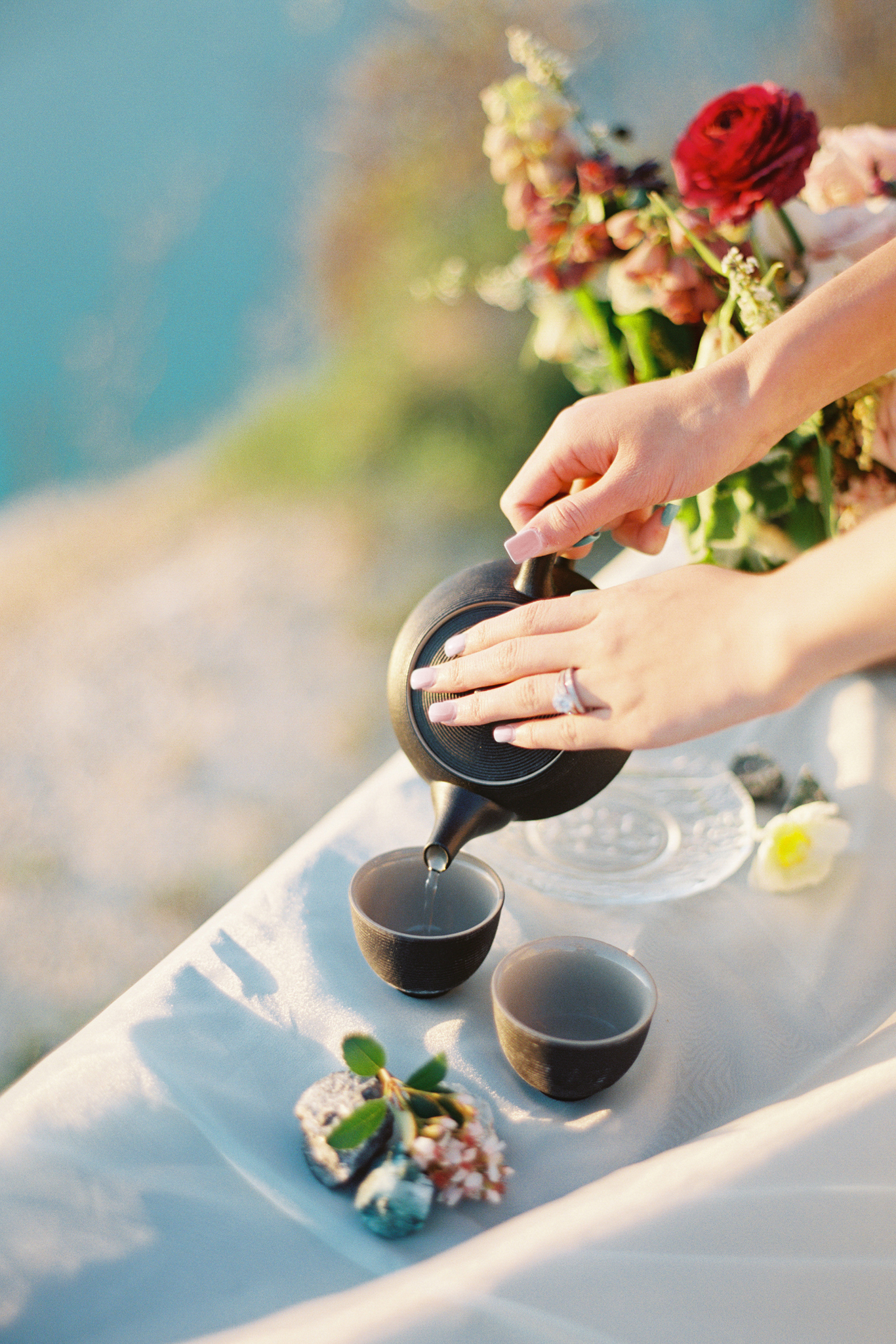 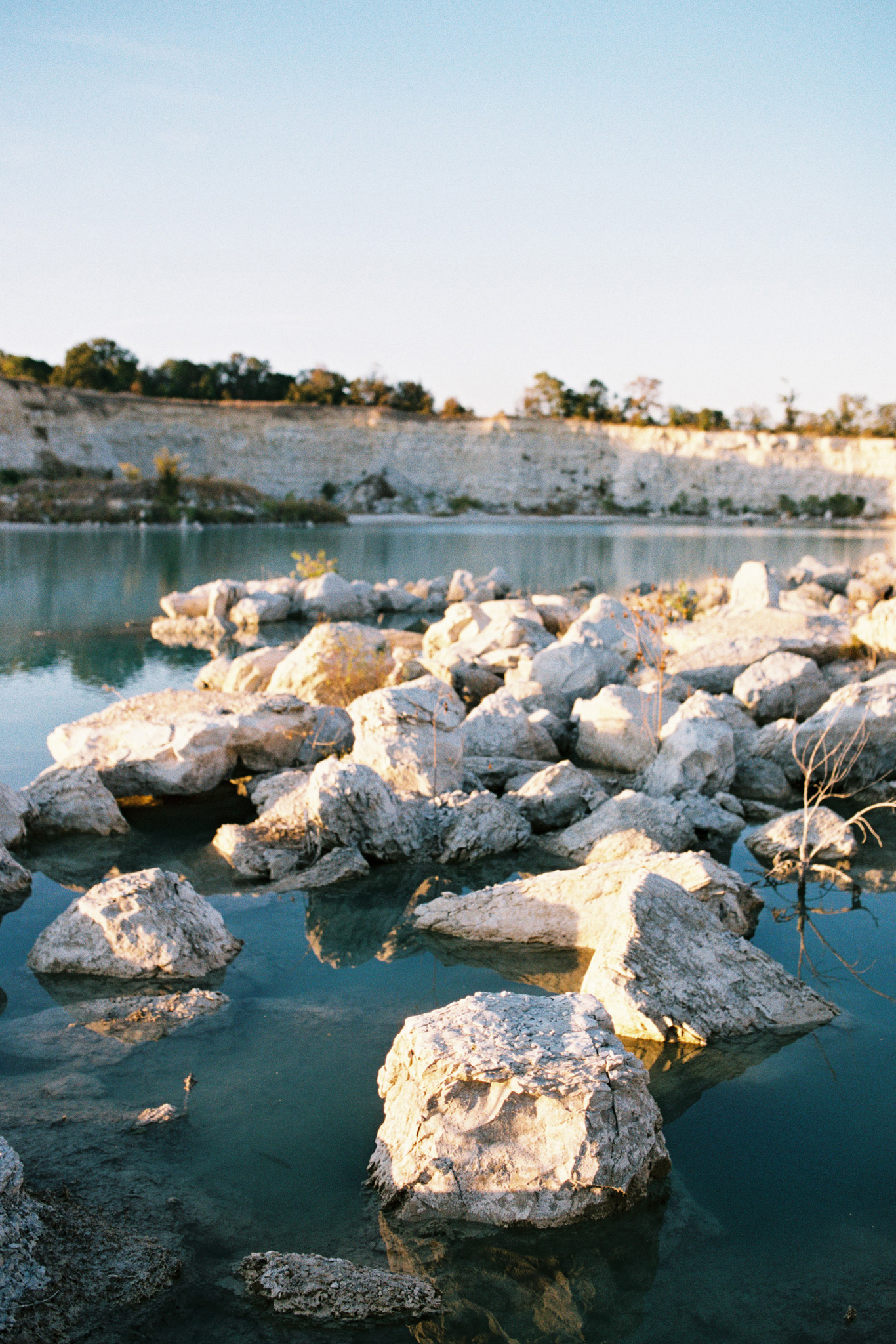 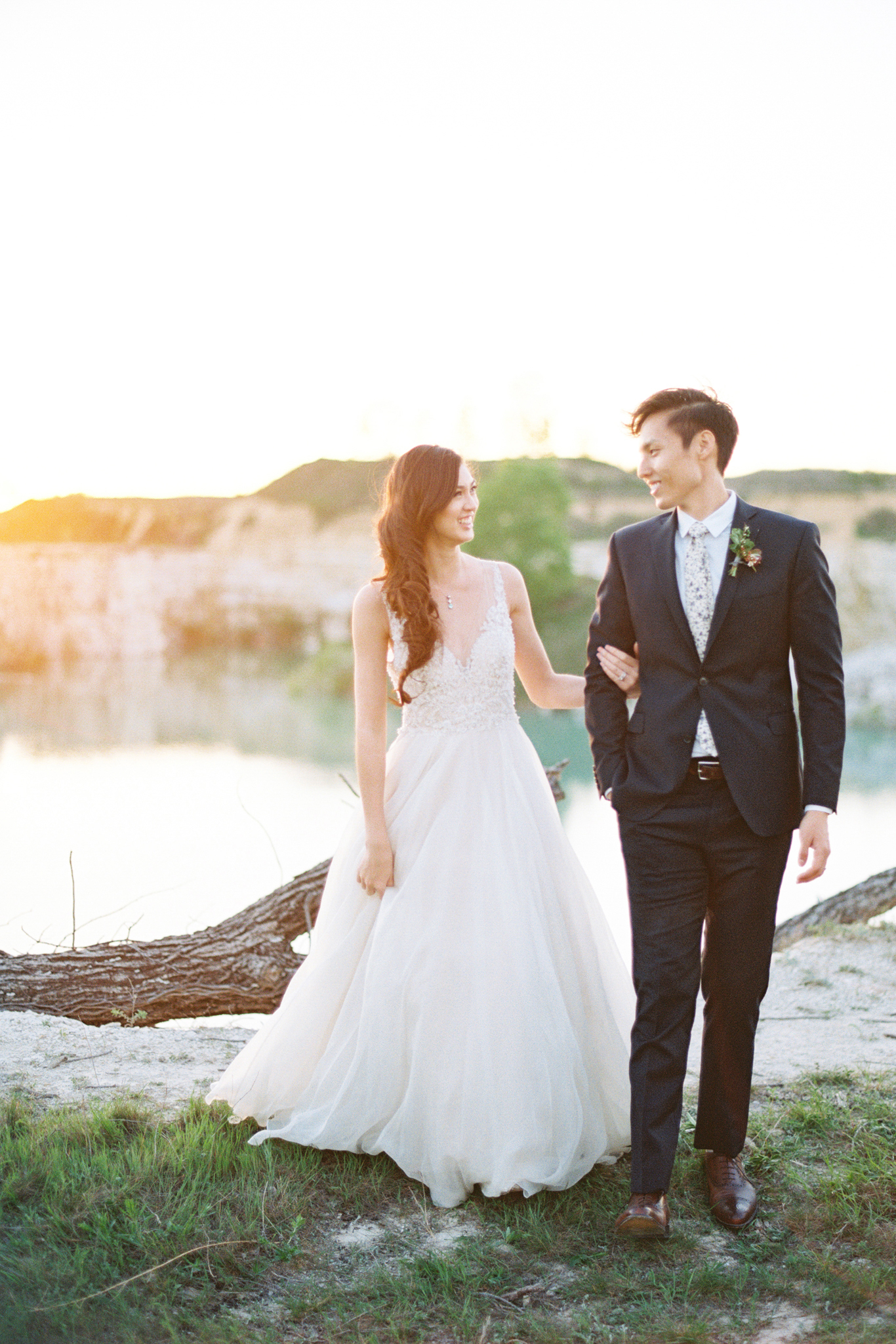 For other inspiration shoots we have planned and designed for, see below: 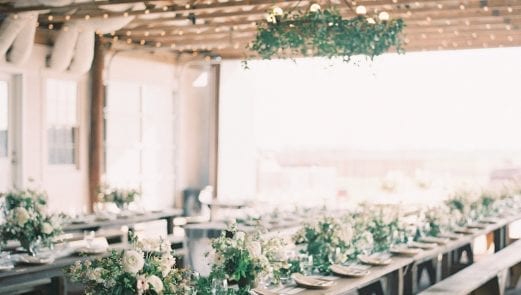 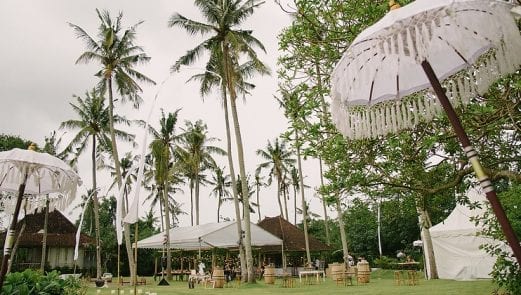 From Dubai to Bali, a Destination Wedding for the Books!