E+B had the best day (literally! the weather was the best one we had all year) at the Nasher Sculpture Center in Dallas, Texas. As wedding planners for their big day with all the Plan Bs in place just in case, it was such a treat to have the weather cooperate.

Weather in Texas is known to be rather bipolar, with the temperatures in the 70s one day, and snowfall the next. On Elizabeth and Bryan’s wedding day, Mother Nature was onboard and the day could not have been more perfect.

They both live in New York, and met each other working in the museum industry. It seemed apt then, to be married at the contemporary Nasher Sculpture Center in Dallas, Texas, where Elizabeth is originally from. The couple has very modern, minimal taste, and wanted their centerpieces to differ from the blooms that one typically sees. Instead, they chose to have succulents in a variety of terrariums. Elizabeth also had multiple succulents for her bouquet which made for the biggest statement piece! In conjunction with the minimal theme, they had no bridal party members and kept their wedding simple and understated.

Their first look was one that had so much joy. It’s easy to see the happiness radiating from the couple and that was the mood the entire night. There was so much laughter, good food and dancing. They ended the night walking out to a golden shower of confetti.

This is a wedding with a very genuine and kind couple that we have absolutely loved working with! 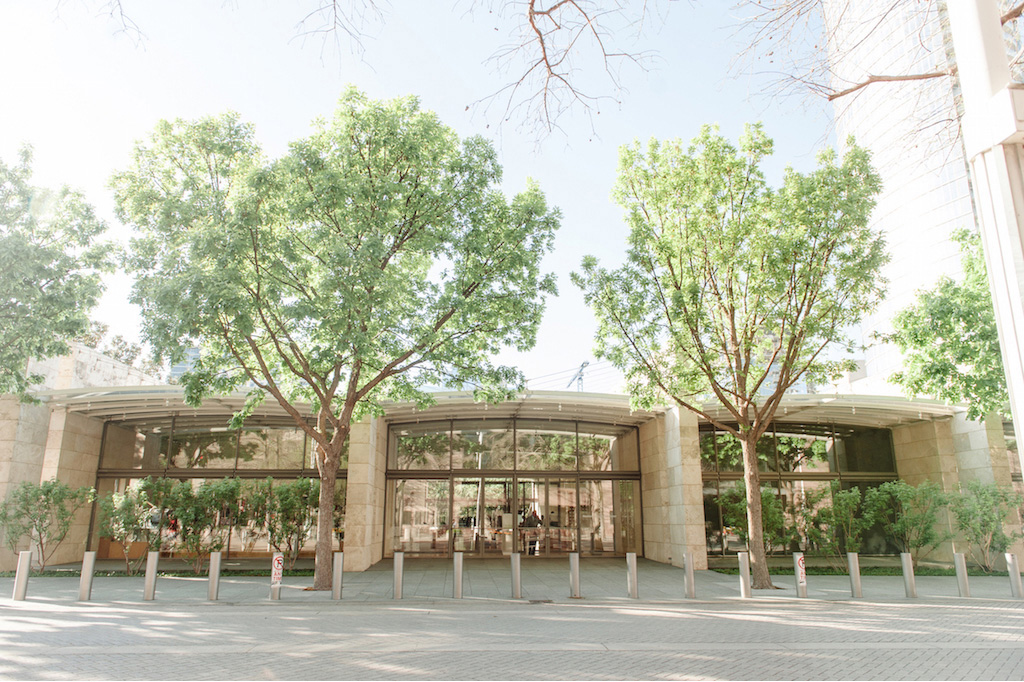 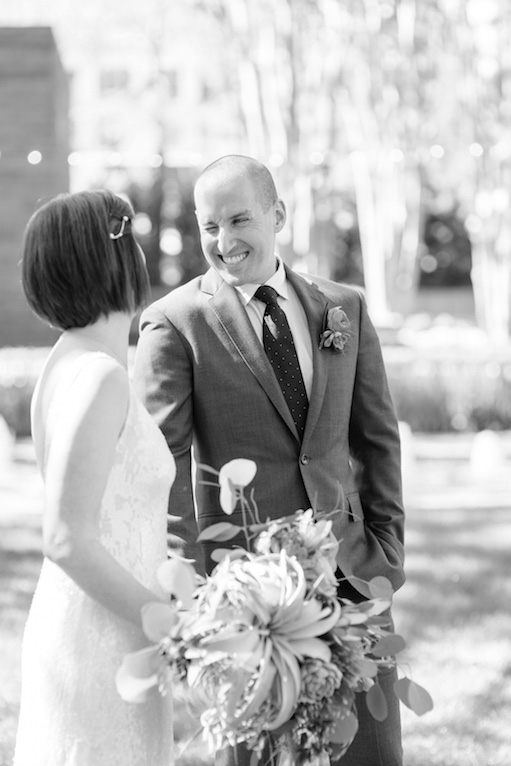 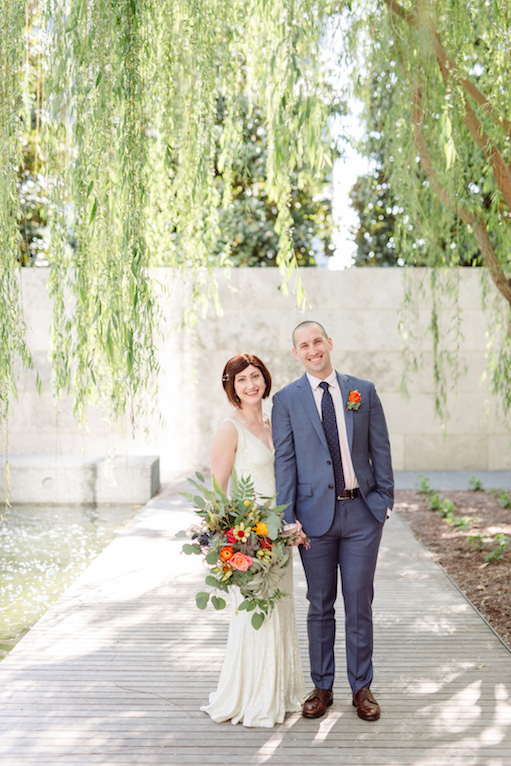 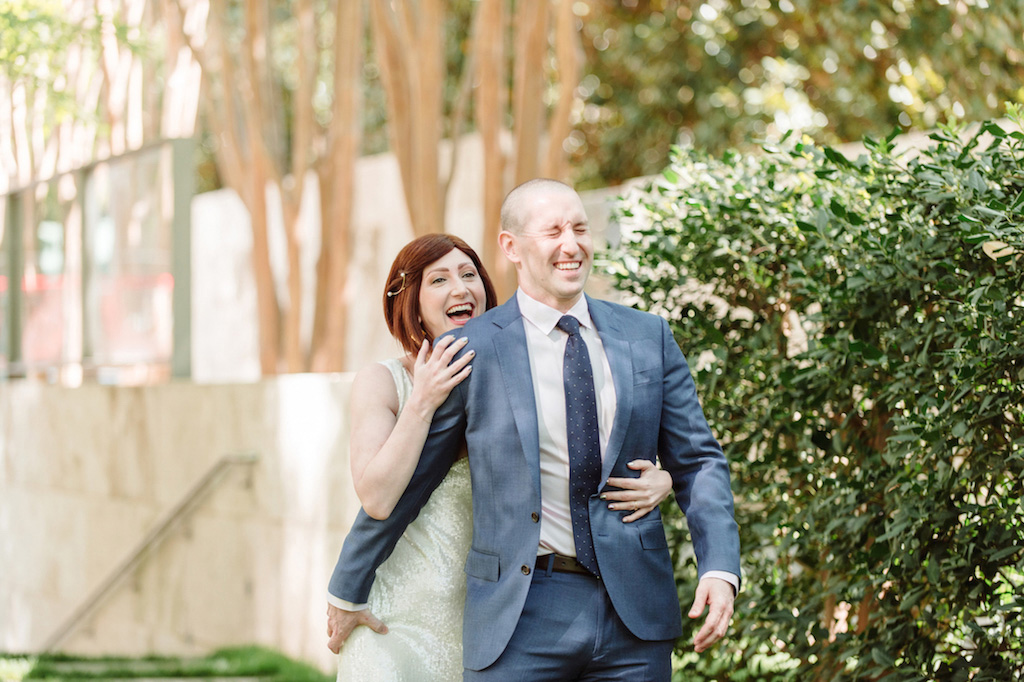 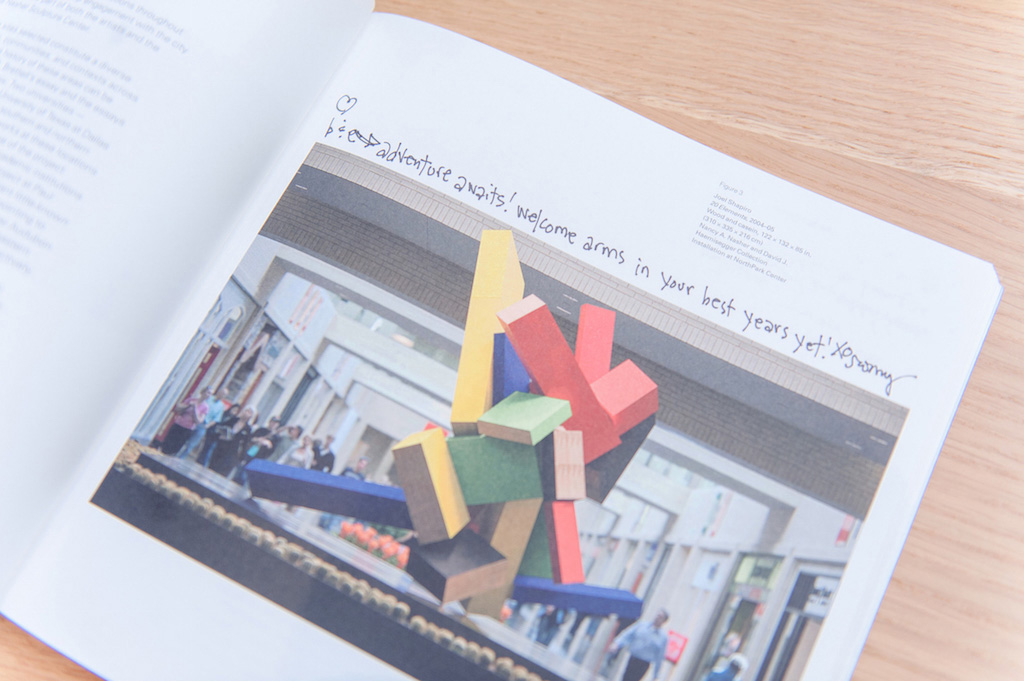 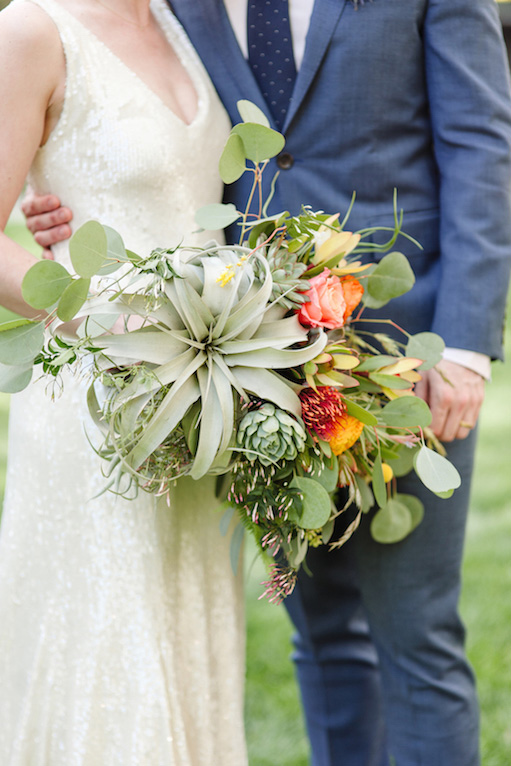 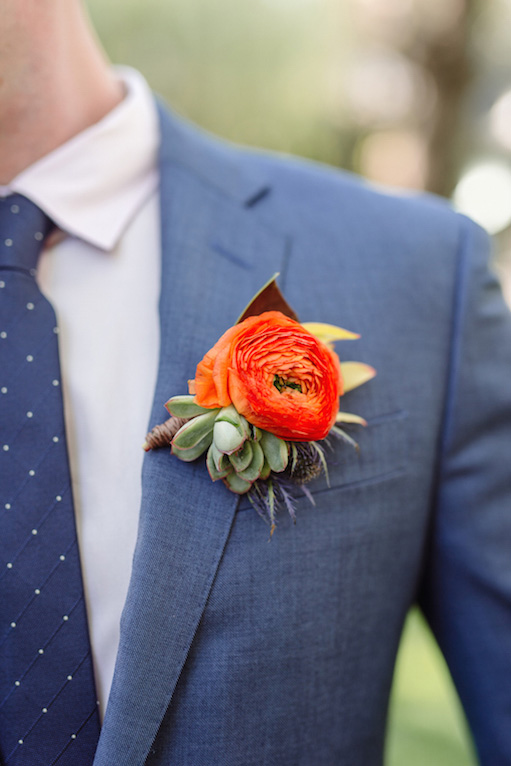 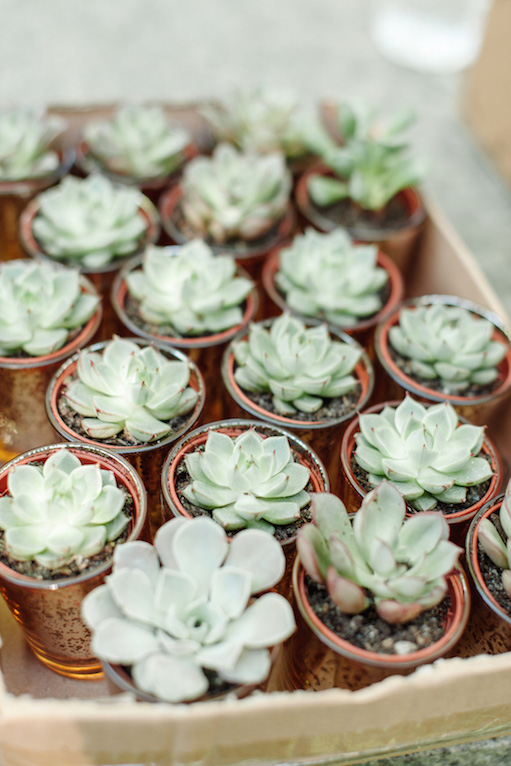 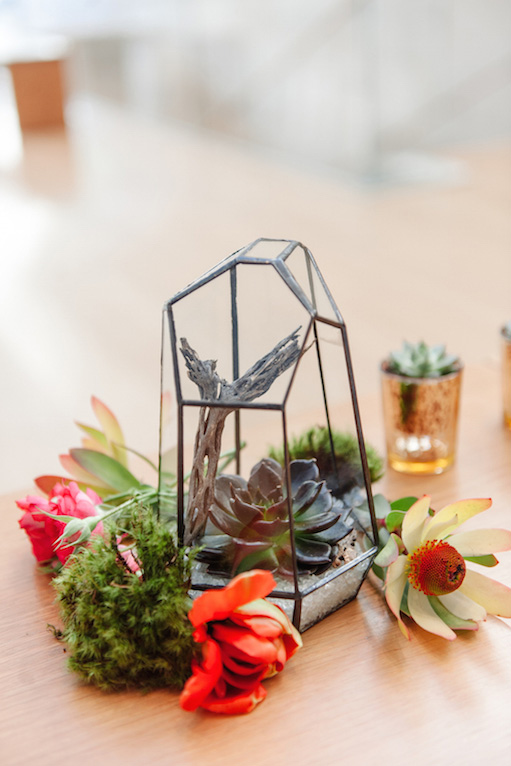 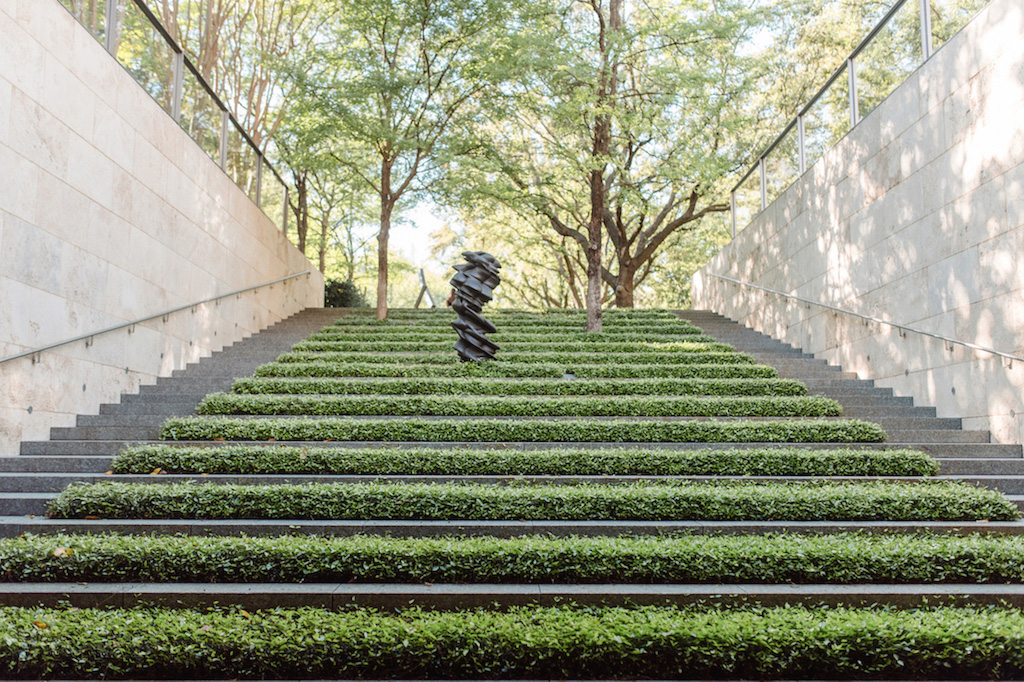 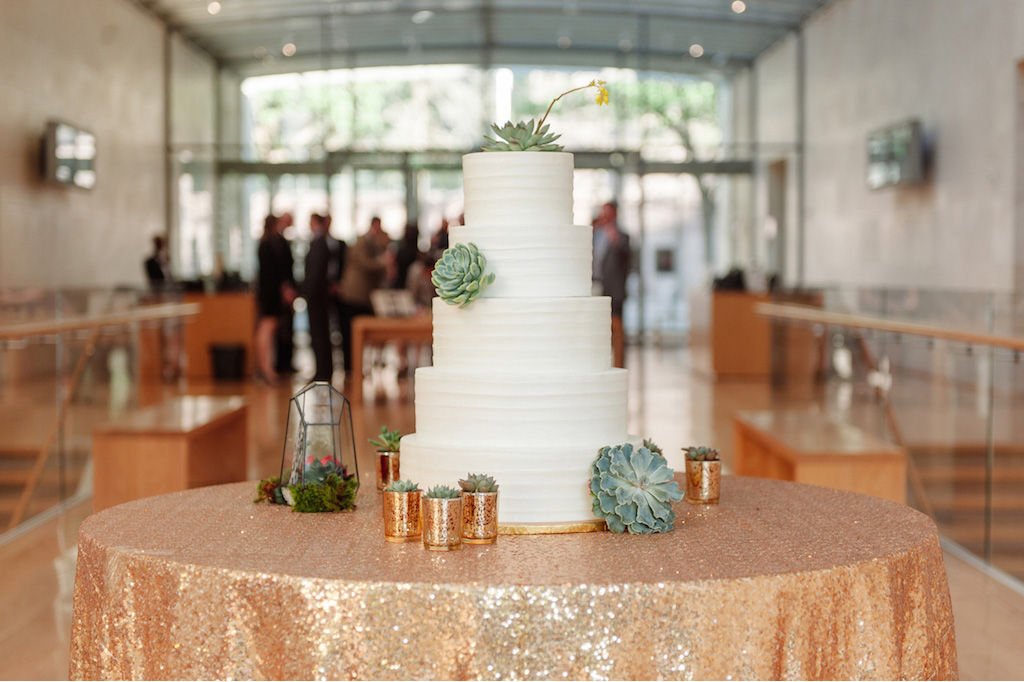 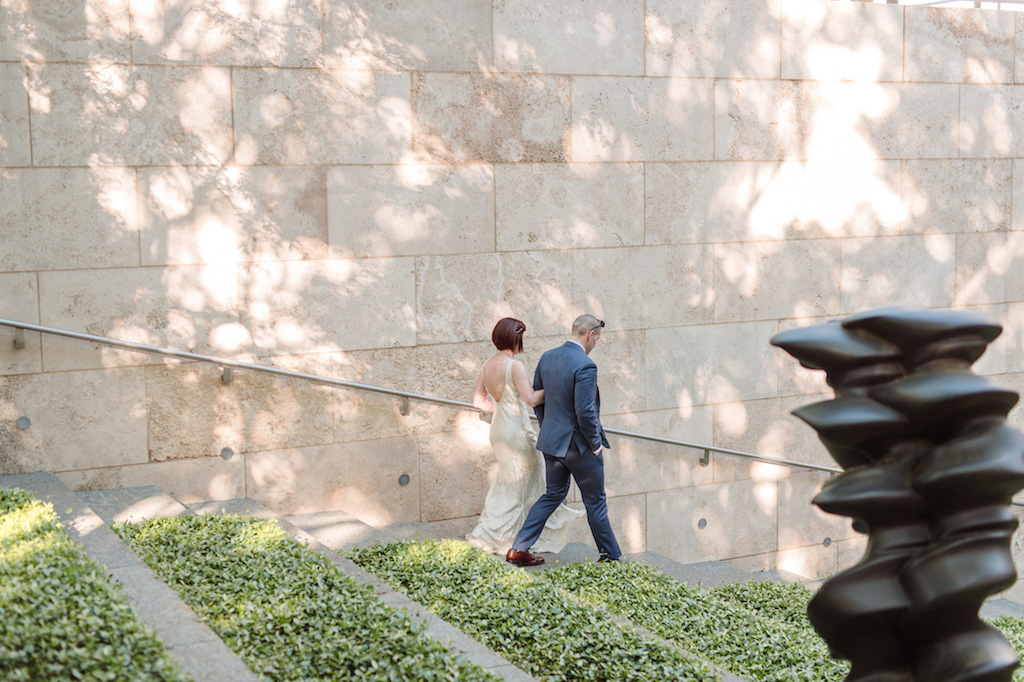 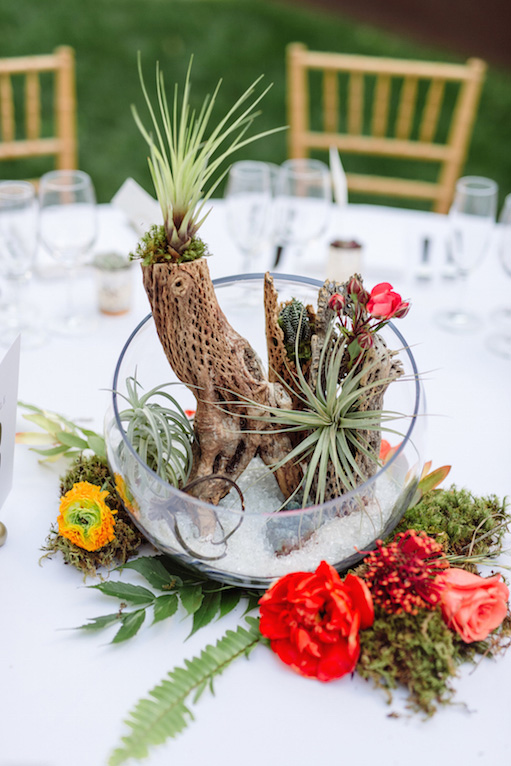 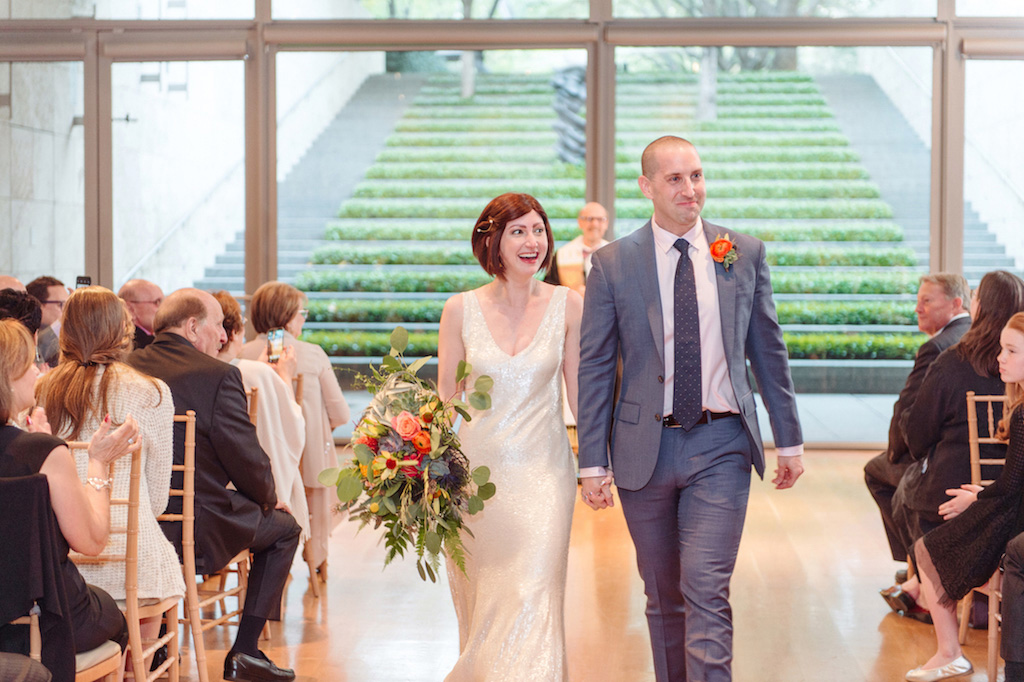 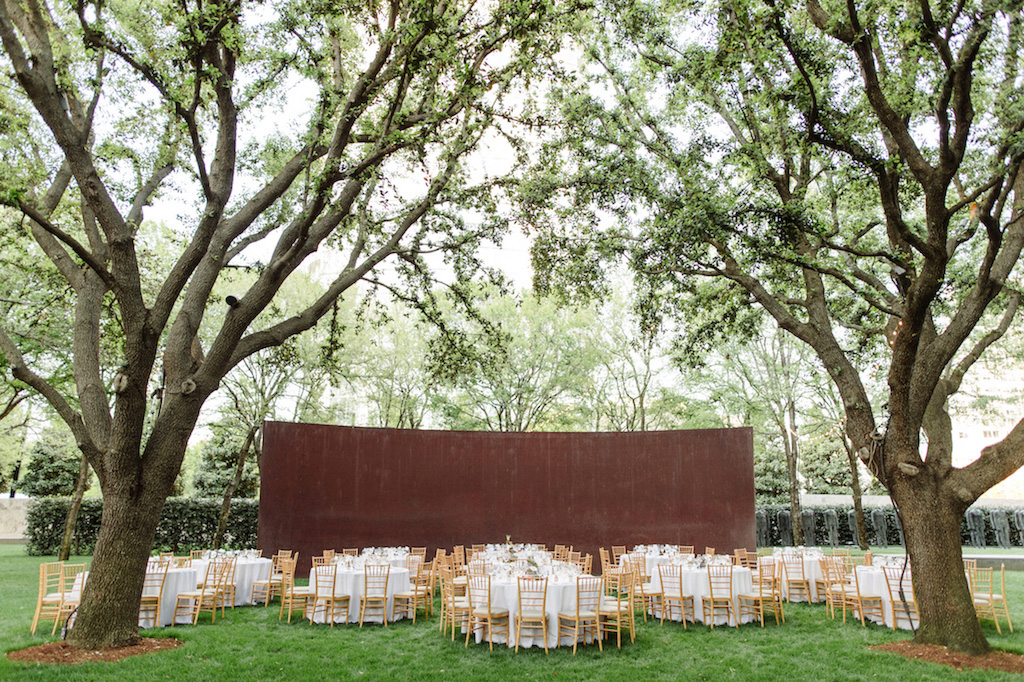 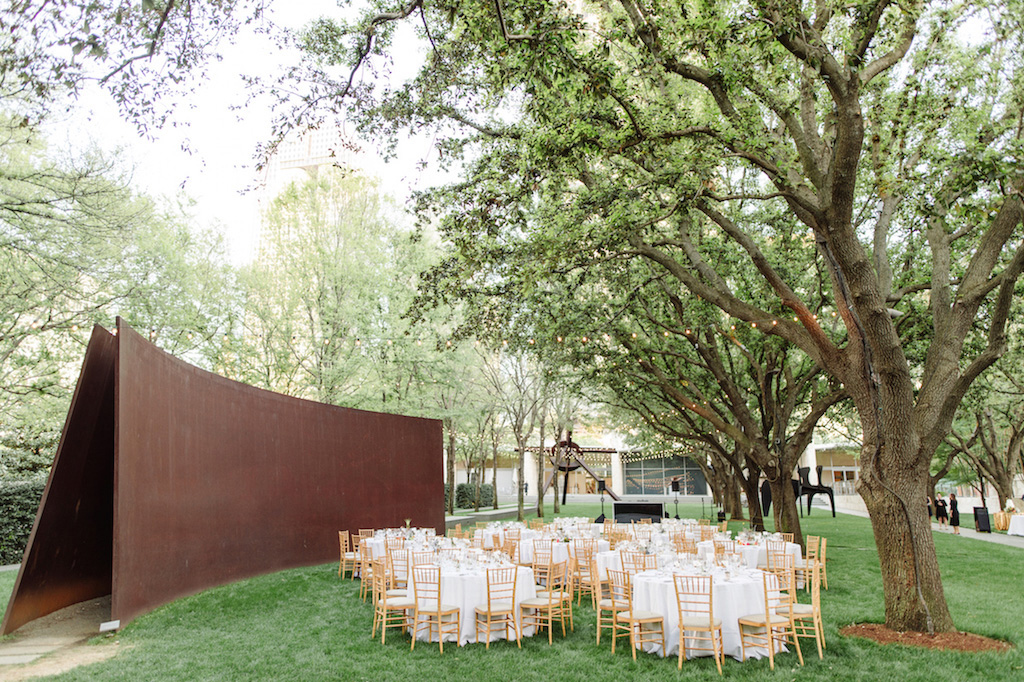 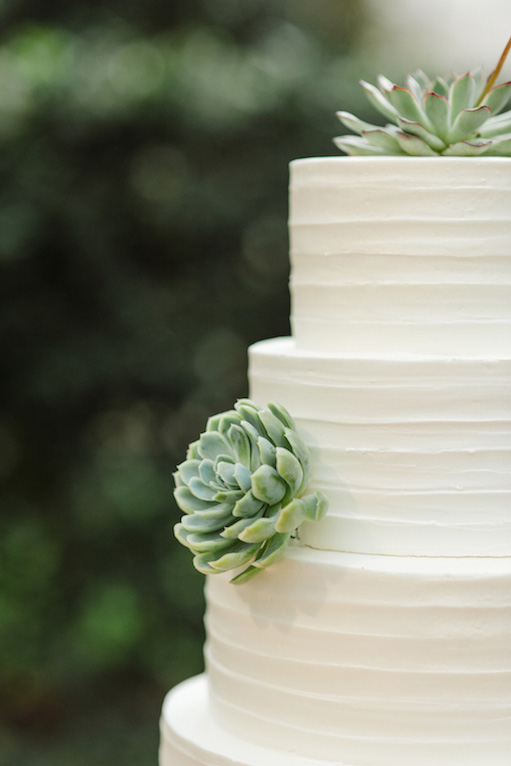 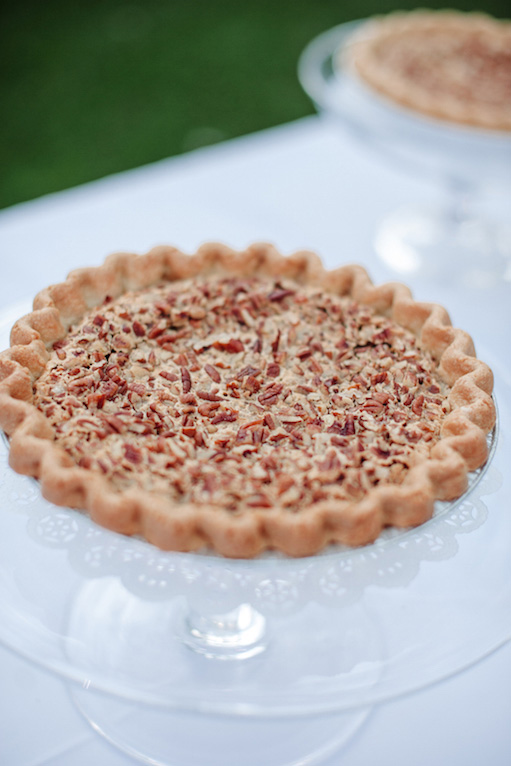 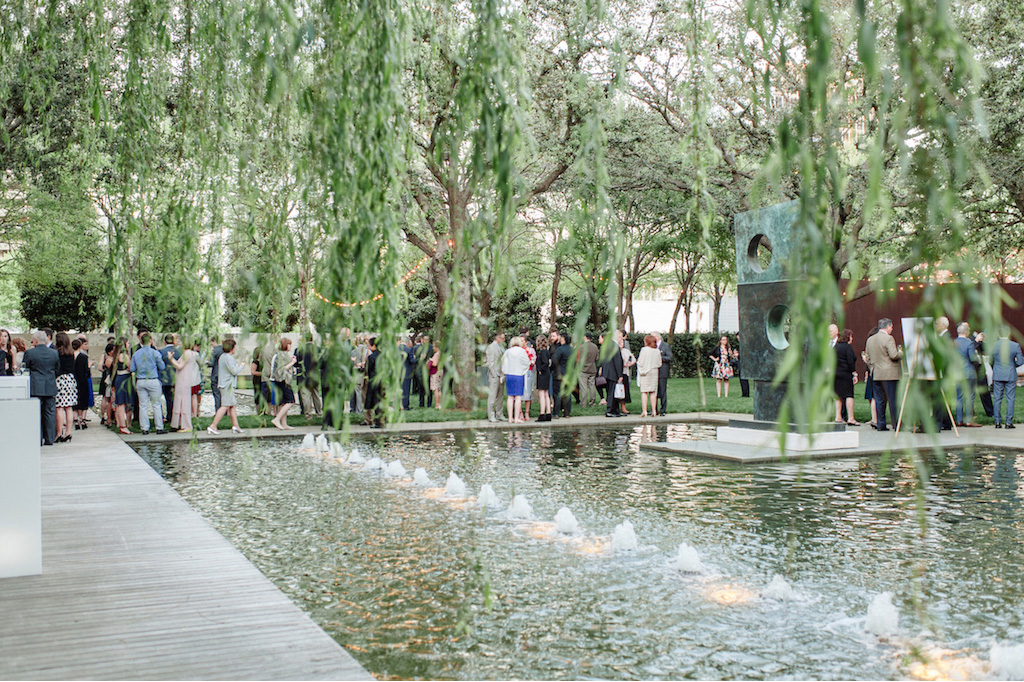 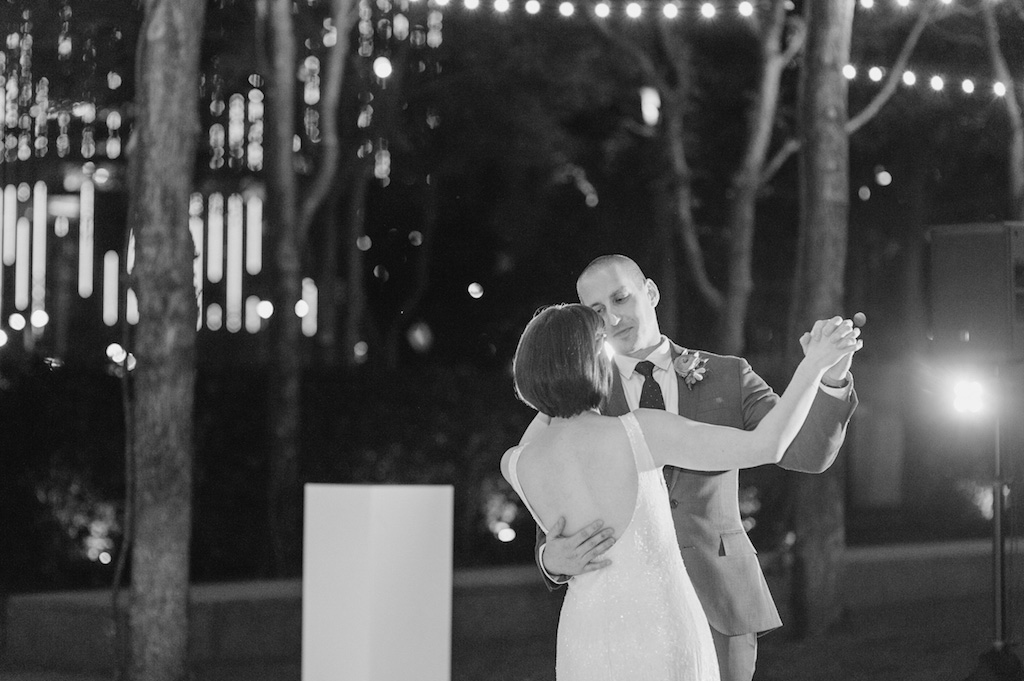 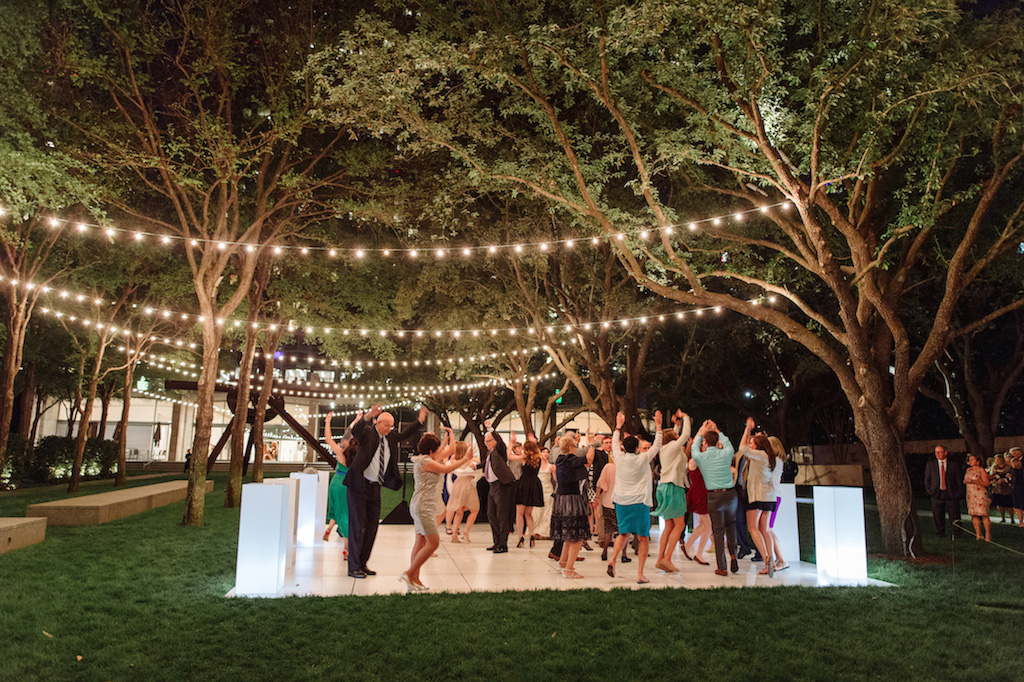 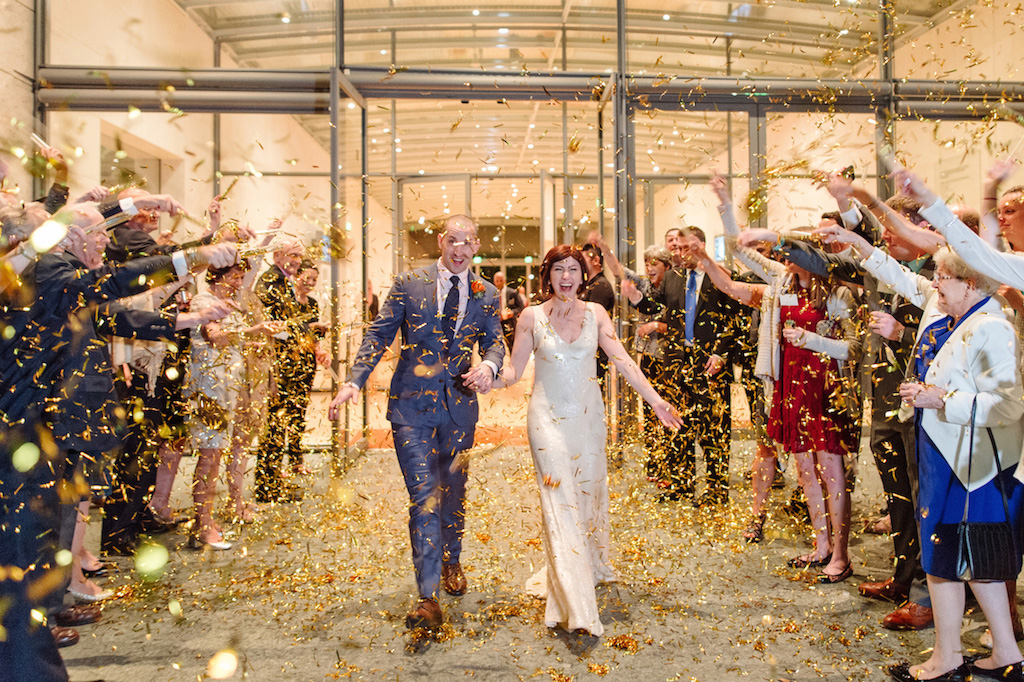 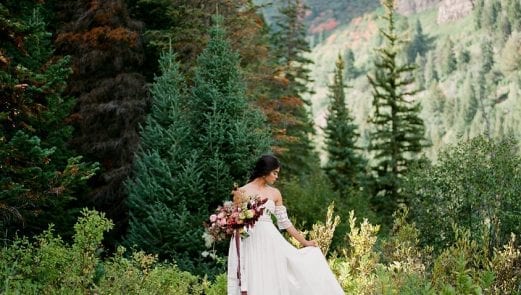 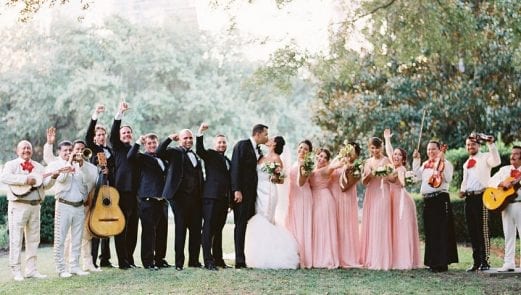